Sebastian man shuts down Karaoke at the bowling alley 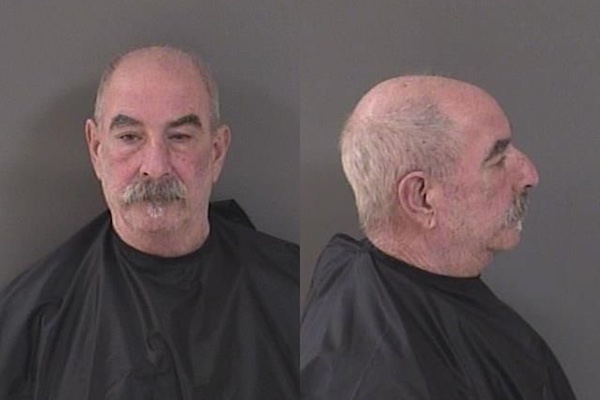 An intoxicated 68-year-old man was arrested Saturday night at Strike Zone after causing a disturbance.

Patrons told Sebastian Police that Ronald John Sinclair was screaming and shoving people inside the business during karaoke night.

“Once they shut down the Karaoke, Sinclair began yelling ‘fu– you’ several times at employees and the subject running the Karaoke,” the officer said.

Employees said there were a large number of people inside the bowling alley, including small children and families. Parents had to remove their children due to Sinclair’s erratic behavior.

As police arrived, Sinclair was being stopped at the front door by an employee. Sinclair took a bladed stance towards an officer while swaying back and forth due to his level of intoxication.

“Screw you,” Sinclair told the officer.

After being detained, Sinclair said, “fu– you” to police. Due to his behavior, police placed him in handcuffs while officers spoke with employees and witnesses. Sinclair then tried to spit on an officer.

Sinclair was charged with Resisting Arrest and transported to the Indian River County Jail. Sinclair was released Sunday after posting a $500 bond.