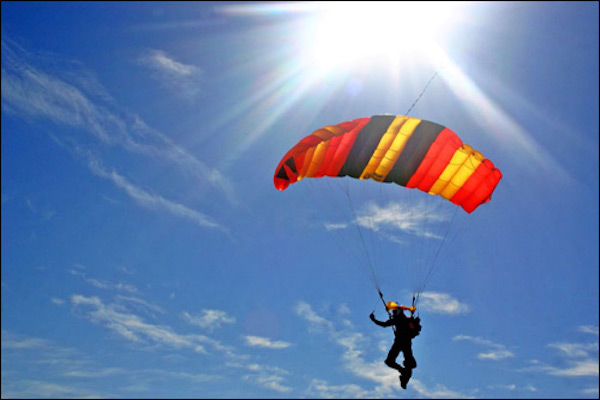 A skydiver died Monday after making a hard landing at the Sebastian Municipal Airport, police say.

Sebastian Police responded to the call at approximately 10:11 a.m. as emergency medical personnel were administering aid to the injured skydiver.

“The skydiver was identified as 49-year-old Christian Stevens of Canton, Georgia, who had approximately twenty years of skydiving experience and was also a skydive instructor,” Lt. Tim Woods told Sebastian Daily.

“At this time, it appears Mr. Stevens was attempting to avoid another skydiver during his landing, causing him to impact the ground at a high rate of speed,” Woods said.

The Sebastian Police Department is still investigating the incident with the Federal Aviation Administration.

Sebastian man shuts down Karaoke at the bowling alley