Sebastian man points gun outside of Rack’ems in Roseland 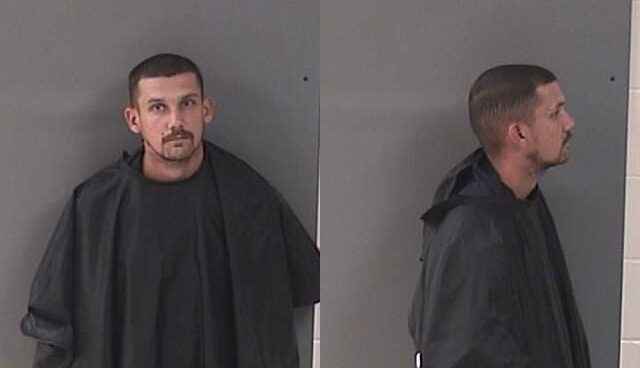 A Sebastian man was arrested Tuesday after pointing a gun at patrons outside of Rack’ems, a bar in Roseland.

The Indian River County Sheriff’s Office received a call at approximately 2:20 a.m. about someone exhibiting a firearm outside the bar. An employee said a man drove up to the front doors in a Ford F-250 pickup truck and pointed a gun at them.

Deputies located the truck on Roseland Road, stopped it, and identified the driver as 24-year-old Steven Edward Lincoln of Sebastian. Lincoln admitted to being at the bar and circling the parking lot because he was in a heated argument. He also stated he never pointed a firearm at the bar, according to the affidavit.

The Rack’ems employee “stated he was at the bar and observed Lincoln in a pink shirt and his two friends were playing pool at the center table. They started an argument with [a patron] over racial comments,” the affidavit said.

The employee and witnesses stated Lincoln said, “we don’t need to go outside. We can settle this right here.” Lincoln and his friends went to the truck, circled the parking lot, then Lincoln raised his firearm. Witnesses said the magazine dropped out of the firearm, and Lincoln reinserted it and “racked the slide back” before driving off.

Deputies searched the truck and located a black semi-automatic handgun in the front center dash.

“The firearm was loaded with 13 rounds of ammunition. Also looking in the vehicle, I observed a black Assault rifle loaded on the floorboard of the pickup truck,” the deputy said.

Lincoln was charged with Improper Exhibit of Firearm and transported to the Indian River County Sheriff’s Office, where his bond was set at $500.