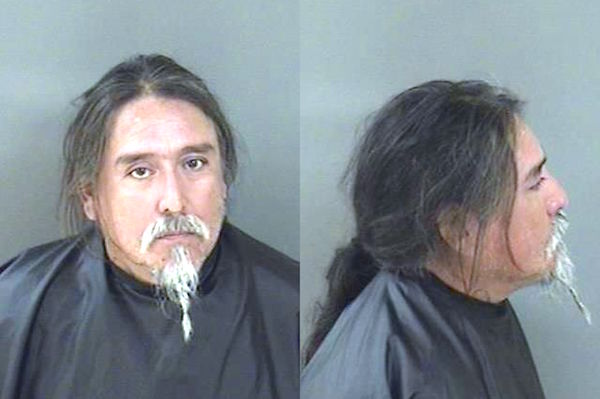 Police responded to a call at the Sebastian River Medical Center about a past domestic disturbance reported by a patient to a nurse.

A nurse told police that an ambulance transported a patient, identified as Theresa McGoldrick, to the emergency room. The patient was suffering from upper abdominal pain that started the night before.

McGoldrick was also experiencing shortness of breath. The patient told the nurse that she wasn’t sure if the pain was from her boyfriend who was “punching her in the back really hard last night,” according to the police report.

The nurse told officers that McGoldrick has been with her boyfriend, identified as Victor Villalobos, for six years and he had allegedly been “beating on her” for five years. They have a child in common together.

McGoldrick then told police that she and Villalobos got into an argument because he allegedly doesn’t want to work. The argument escalated, and the two went into the backyard of their home so they wouldn’t disturb their three-year-old daughter.

While outside, Villalobos allegedly pushed McGoldrick to the ground and then kicked her in the middle of the back, according to the police report.

McGoldrick admitted to police that they had been drinking and using Dilaudid pills, but that “Villalobos was a good father,” according to the report.

Villalobos was arrested for Aggravated Battery Domestic Violence with $7,500 bond.