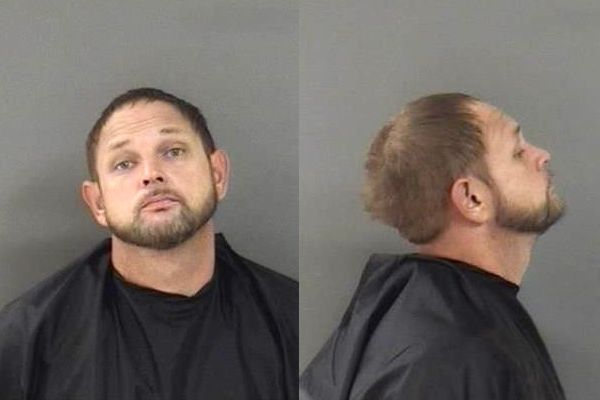 Thomas Allen Potzer is accused of stealing and forging a check in Sebastian, Florida.

A man called the Sebastian Police Department on Monday to report that a check from his checkbook was missing, and he accused his son of cashing it, according to the affidavit.

The missing check was made out to the victim’s son for $100 and cashed at Walmart in Sebastian.

The victim said he confronted his son, identified as 33-year-old Thomas Allen Potzer, and it led to a verbal confrontation.

The father told officers that he never authorized his son to write checks and sign his name.

“[The father] provided me samples of his signature to verify that the signature on the check was not his,” the officer said.

Police then spoke with Potzer who advised his father completed the check to him. He also alleges that his “father was drunk when he wrote out the check” and that he didn’t remember giving it to him to cash, according to the report.

Potzer was arrested for cashing the $100 check and transported to the Indian River County Jail where he is still being held on $15,500.00 bond.

He is being charged with Forgery, Felony Utter Forged Instrument, and Petit Theft.