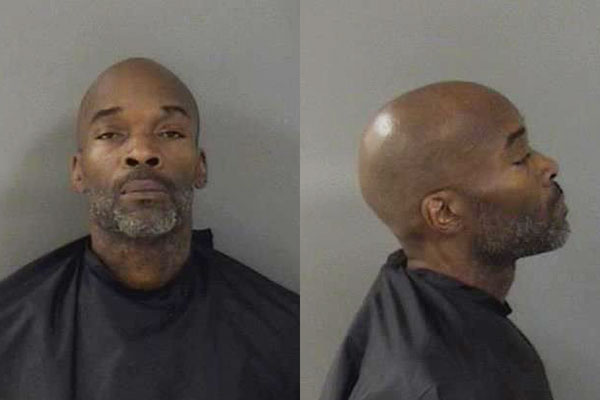 A man was arrested Saturday evening after he took a beer bottle and hit his stepdaughter in the head with it, according to the Sebastian Police Department.

The stepdaughter (victim) told police that her stepfather, identified as 51-year-old Heath Todd Bryant of Sebastian, arrived home from work and began “yelling and causing a scene,” the affidavit said.

The victim said Bryant asked for his truck keys and she threw them on the couch. Bryant became agitated, grabbed the victim by her throat, and began choking her while slowly backing her against the wall, according to the affidavit.

A friend, who was visiting the home, broke up the fight.

However, things escalated again when Bryant returned with a beer bottle and hit the victim in the head with it. The friend contacted law enforcement.

Bryant, who told police he works as a chef, said he asked his stepdaughter about the “liquor being in the porch and why it was taken out of the truck,” according to the report.

When Bryant asked for the truck keys, he said his stepdaughter threw the truck keys in his face and attacked him, the report said. Bryant claims he pushed her away and called the police.

The witness said Bryant “lost control” and went too far when he grabbed the victim by the throat. He said once he broke up the fight, Bryant followed his stepdaughter into the bathroom where he struck her in the head with a beer bottle, the affidavit said.

Bryant was charged with Aggravated Battery with a Deadly Weapon. He has since been released on a $10,000 bond.