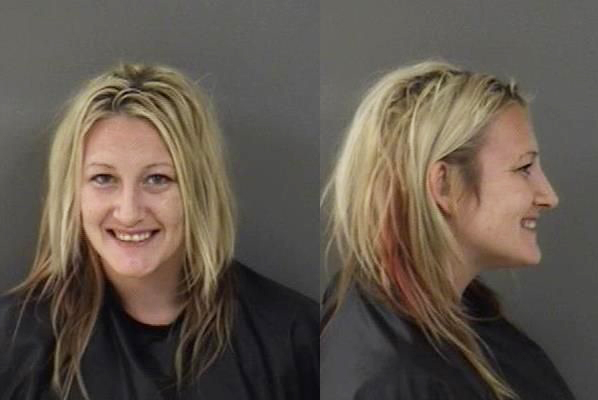 A woman was arrested Sunday night after officers responded to the 800 block of Jamaica Avenue in reference to a disturbance, according to the Sebastian Police Department.

The victim told officers that she arrived home from work and was involved in a verbal argument with 33-year-old Samantha Corinne Becker.

“The defendant began pushing the victim with her chest forcing her backward,” the officer said.

Becker continued to scream and push the victim back. When the victim attempted to use her cell phone, Becker grabbed her arms and pulled the cell phone from her hand, according to the affidavit.

The victim, who is 72, was able to flee the home and call law enforcement.

Police said the victim had lacerations on both arms and was “shaking uncontrollably, crying, and barefoot,” the report said. The victim said she was barefoot because she fled the home.

When officers made contact with Becker, she threw her arms up and asked “what’s going on? Why are you here?” the affidavit said.

“She’s like 72! I would never touch her!” Becker told the police, according to the affidavit.

However, due to the physical marks on the victim, Becker was charged with Battery on a Person over 65.

As of Monday afternoon, Becker was still being held on $3,500 bond.

Man arrested after pushing deputy at Boathouse Pub in Grant