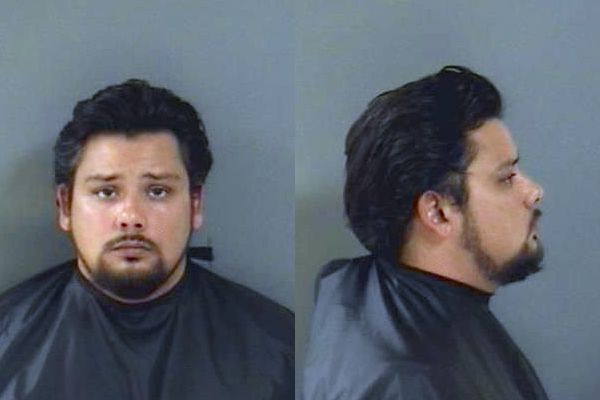 SEBASTIAN – A woman in Sebastian called law enforcement Monday after her 29-year-old son grabbed her by the neck and yelled “I’ll kill you” before leaving to go to work, according to the Indian River County Sheriff’s Office.

According to the affidavit, the woman said her son has been living at her residence for approximately two months and is fearful of him. She explained that he’s been beating on her for having her boyfriend at her home without her son’s approval.

The son was identified as Artemio Perfecto Gonzalez of Sebastian.

“I observed red marks on [the mother’s] neck and her left toes had visible scratch marks,” the deputy said.

While she was in her bedroom, Gonzalez entered the room where she was lying and “began to grab her by her neck with his hand and began to strike her in the head,” according to the report.

“However, she did [start] to gasp for oxygen, and her eyes started to roll back. The marks on [the mother’s] toes [were] from a prior incident when Gonzalez slammed a door on her toes,” according to the deputy.

The mother was extremely fearful in front of law enforcement and stated she was scared that her son was going to kill her because he’s always “beating on her,” the report said.

Gonzalez was arrested for Felony Battery Domestic Violence by Strangulation and is still being held at the Indian River County Jail on $10,000 bond.