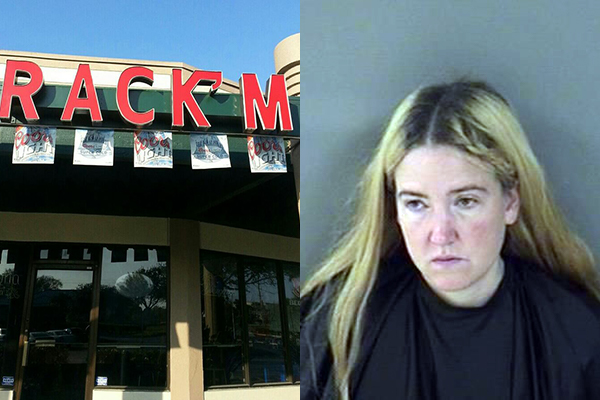 SEBASTIAN – Employees of Rack’m Billiards in Sebastian called the Indian River County Sheriff’s Office after a woman starting throwing darts at people and asking them for money.

Upon arrival, the bar owner directed deputies to a female who was wearing pajama pants and a blue sweatshirt.

When asked for her identification, the woman told police she didn’t have one. The woman started cursing at the deputies for several minutes, and then gave a false name.

She was later identified as Danielle Marie Chott, 32, of Sebastian.

Deputies arrested Chott for disorderly conduct and disrupting the public morals and peace. She was transported to the Indian River County Jail with bond set at $500.