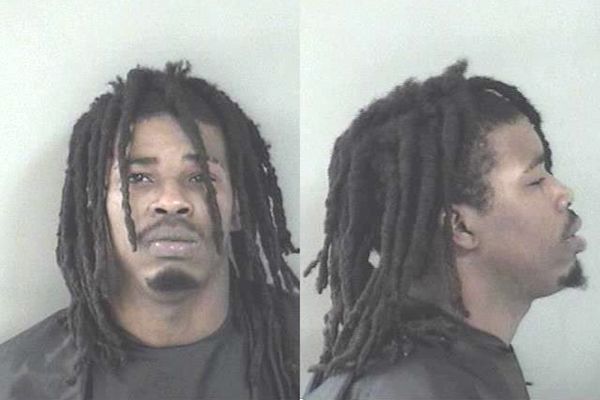 Howard Bartee III has been named as the intruder in connection to a Vero Beach shooting. Photo by Indian River County Sheriff's Office.

VERO BEACH – On Thursday, February 1st at approximately 5:45 p.m., the Indian River County Sheriff’s Office responded to a call of a residential burglary in progress in the 300 block of 14th Place SW in Vero Beach.

Resident Taylor Reese (25) reported to deputies that he was awoken to the sounds of his front door being kicked in. Reese armed himself to confront the intruder(s).

“He reports that he stepped just outside of his front door and observed Howard Bartee III (19), who immediately fired upon Reese. The two exchanged gunfire with Bartee ultimately being struck twice,” said Indian River County Sheriff’s spokesman Major Eric Flowers.

Bartee ran northwest from the home and collapsed in the street. Witnesses observed him toss a black object into the wooded area near the street.

When deputies arrived, Bartee was taken into custody and transported to Lawnwood Regional Medical Center as a trauma alert patient. Deputies recovered a black handgun in the wooded area where Bartee was observed tossing an object. Reese disarmed himself prior to the arrival of deputies.

“He was transported to the Indian River County Sheriff’s Office and has been cooperative with investigators since the incident occurred,” Flowers told Sebastian Daily.

Reese’s handgun was also taken into custody for forensic analysis. Subsequent investigation revealed that Jesse Jones (16) is a person of interest in this shooting. Jones currently has a juvenile warrant and is being sought by detectives.

Indian River County Sheriff Deryl Loar stated, “Last night’s shooting incident should be a warning to would-be burglars. Many residents of Indian River County are armed and prepared to protect their property. Those who commit these crimes will have to face the consequences of their actions. Based on our preliminary review of the evidence, Mr. Reese was defending himself and his property.”

Bartee remains in critical condition but is expected to survive. Detectives are pursuing criminal charges against Bartee at this time.