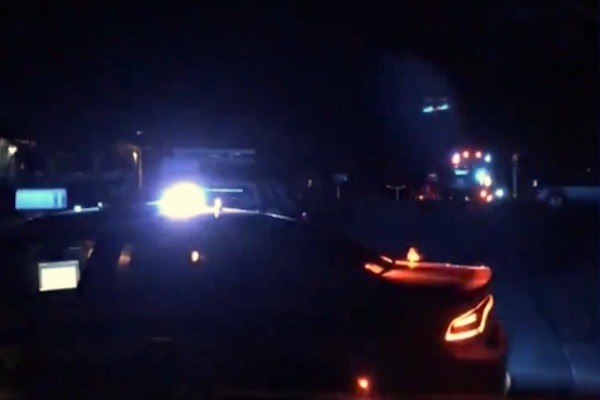 Homeowner in Vero Beach exchanged gunfire with a man who he says broke into his residence. Photo by Indian River County Sheriff's Office.

VERO BEACH – On Thursday at approximately 5:45 p.m., a homeowner in Vero Beach exchanged gunfire with a man who he says broke into his home, according to the Indian River County Sheriff’s Office.

The shooting happened along the 300 block of 14th Place SW in Vero Beach, according to law enforcement.

Deputies told Sebastian Daily that the resident said he woke up to sounds of someone kicking the front door in. The homeowner then confronted the man who broke in.

The Vero Beach resident told investigators that the intruder then brandished a gun and they both exchanged gunfire in the home, according to deputies.

The homeowner shot the intruder twice, which caused him to collapse in the street. That intruder was then transported to Lawnwood Regional Medical Center as a trauma alert and is expected to survive.

During the investigation, deputies said they are now searching for a second person of interest, Jessie Jones, 16.