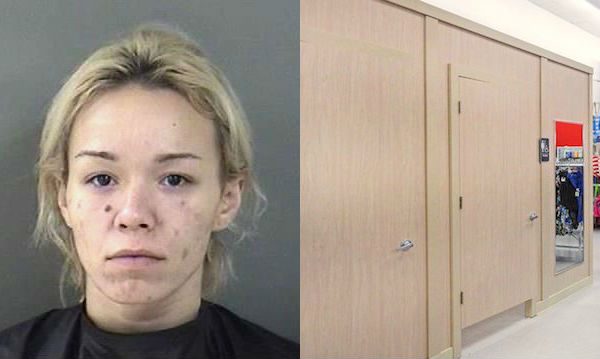 Amanda Nicole Sollenne, of Vero Beach, was arrested for shoplifting at Bealls.

VERO BEACH – A 25-year-old woman was arrested for shoplifting at the Bealls store at 5900 20th Street because she wanted the things that she’s used to having, according to the Indian River County Sheriff’s Office.

Amanda Nicole Sollenne, of Vero Beach, was observed for loss prevention personnel at Bealls after entering the fitting rooms on multiple occasions with store merchandise.

Each time she left the fitting areas, a loss prevention officer checked the rooms for the merchandise. However, neither the clothes, sunglasses, hair pieces or a manicure kit was found, the arrest affidavit said.

Sollenne’s purse appeared larger each time she exited the fitting rooms, according to the report.

A loss prevention agent identified themselves to Sollenne and contacted law enforcement. The total amount of items stolen were $283.38.

A deputy arrived at the store and spoke with Sollenne. She told the deputy that she was low on cash and moved back in with her parents.

“I wanted the things that I’m use to having,” Sollenne told the deputy, adding, “I’m sorry.”

Sollenne was transported to the Indian River County Jail where she was charged with Retail Theft.