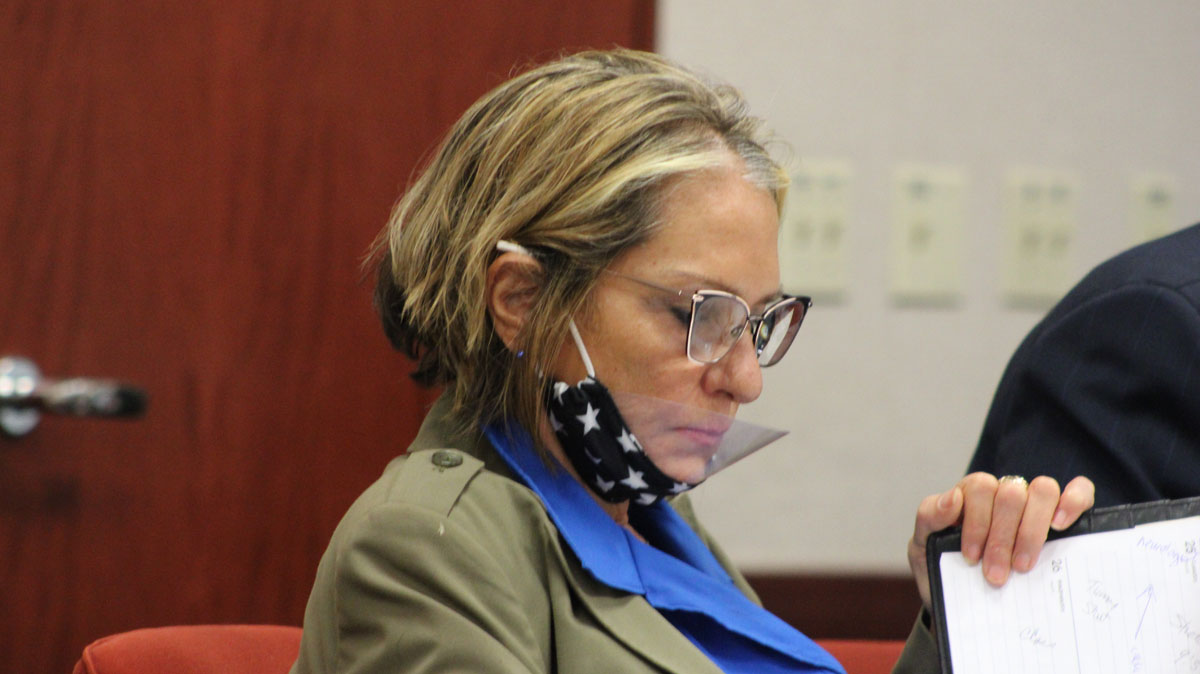 I have previously pointed out how board members of some local environmental non-profits have been openly public about their political stance and are making excuses for those who commit crimes while in public office.

Now, we have a public letter addressed to Judge Linn from the entire board, under a Pelican Island Audubon Society letterhead, supporting the disgraced City Councilwoman who was convicted of perjury and violating the Sunshine Law.

Baker then addresses some of the politics and the election for Parris.

“When the previous City of Sebastian Council ignored residents’ pleas regarding key issues impacting the City, Ms. Parris did something most of us would not do – she ran for a seat on the Council,” he wrote, praising her for throwing “her hat into the ring.”

Baker then proceeds to tell the judge that Parris “championed issues important to her constituents, such as protecting existing residents from future effects of poorly designed growth.”

He then went on to say, “protecting the public health from the spraying of toxic herbicides, and advocating for a more transparent government,” Baker wrote.

How transparent was Parris? After all, she was found guilty for her first Sunshine Law violation last September 2020 after having a private conversation with then-Vice Mayor Charles Mauti. Then, she was convicted by a jury of violating the Sunshine Law again from an illegal meeting on April 22, 2020, with Damien Gilliams and Charles Mauti.

Baker also references Parris’ support against the Sebastian annexation, which many non-profits promoted misinformation about, not realizing the city has to keep up with growth. They are primarily Pro-County.

Perhaps these non-profits have political agendas to only support people who they believe care about the environment. Or politicians who will do what they say. They are walking into a grey area.

Then Baker says Parris protected public health from spraying toxic herbicides as if she was a real winner in that part of the decision-making.

The ban to stop all spraying caused a flooding catastrophe in Sebastian. Why? Neither Parris nor Gilliams had a plan to maintain the canals and waterways. They let everything grow until the canals were so overgrown that it had an impact on drainage.

They made a decision thinking it was popular, which backfired. Parris and Gilliams found themselves faced with multiple complaints about flooding due to their incompetent decisions.

All cities in Florida and beyond spray herbicides. There’s not one “miracle” alternative yet to tackle the invasive species that grow in our canals and waterways. They are testing other alternative solutions, which started before Parris and Gilliams took office.

“I do not offer an opinion into the decision by the State Attorney’s Office to bring charges or the jury’s decision to convict on some of those charges; I simply write to tell you that Ms. Parris was a novice candidate with little government experience who wanted to make her community a better place to live,” Baker wrote.

A better community? There was nothing “better” about Parris in public office. She embarrassed her community. Ask the citizens, and they will tell you.

“If mistakes in communications with other council members were made, the punishment should be proportionate to the mistakes,” he wrote.

And there, Baker gives an opinion.

Parris still believes that what she did while in office was beautiful because she had little government experience.

Pelican Island Audubon Society was also the non-profit that honored a citizen for publishing misinformation about the City of Sebastian. There seems to be an anti-Sebastian trend. Many citizens called it a propaganda video because it had several scientific inaccuracies and was not based on facts.

I’ve often seen many environmental non-profits who love to showboat and dabble with politicians but are quick to say it’s just their personal opinion, not the organization.

The people in Sebastian are smart and care about their environment, but don’t insult their intelligence when it comes to Pamela Parris.

The City of Sebastian said citizens can send their letters/emails to Assistant State Attorney Lev Evans at levans@sao19.org. Then, the state’s attorney’s office will file them for the judge to read.

Register Now for Grill Out Night 2021 in Sebastian

Register Now for Grill Out Night 2021 in Sebastian