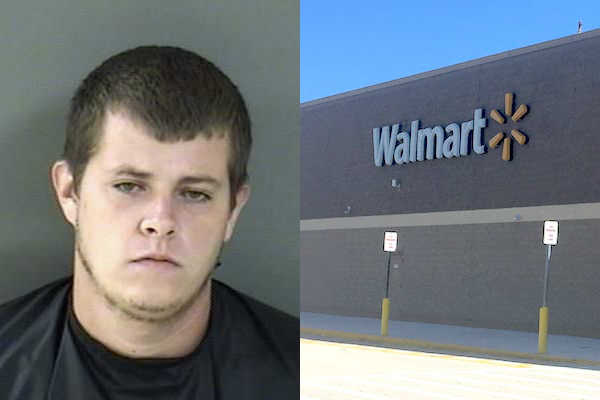 SEBASTIAN – The Sebastian Police Department responded to a theft at Walmart in reference to fishing lures.

James Richard Stewart, 23, was seen with another man entering the Walmart and concealing them before exiting the store.

Stewart, who told police he was unemployed, entered a vehicle that was waiting near the garden entrance to Walmart.

Soon after, Stewart returned to the Sebastian Walmart to seek a refund for the unpaid fishing lures. Walmart collected his information as per store policy since he didn’t have a receipt.

During this time, a loss prevention officer called the police, and officers began their investigation by reviewing video surveillance and speaking to witnesses.

Police then made contact with Stewart about the fishing lures.

“He said that they came back this afternoon to do it again because he desperately needed the money,” according to the report.

After a lengthy conversation with police, James was very apologetic for his actions.

The total value of the stolen fishing lures was $71.64.

James was arrested and transported to the Indian River County Sheriff’s Office where he was charged with Retail Theft.