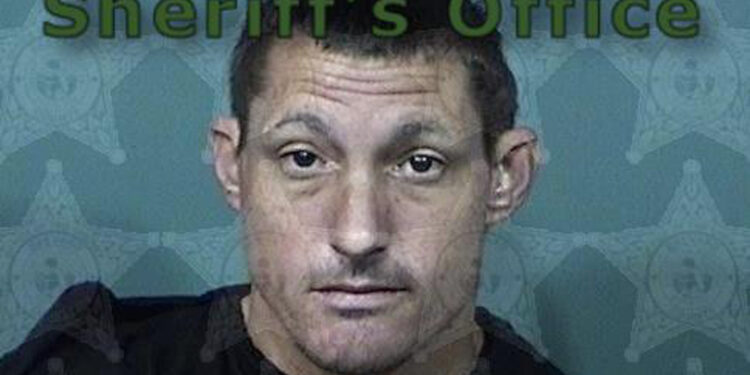 Deputies arrested a 33-year-old Palm Bay man after he used a laser pointer to blind a pilot of a Brevard County Sheriff’s helicopter.

Dean Gordon Beolet admitted to law enforcement that he used the laser light device on the pilot from his home but gave no further explanation as to why he did it.

“Our basic message is to just lose the laser,” an FAA spokesperson said. “There’s nothing funny, nothing humorous, about shining a laser at an aircraft. It’s very, very dangerous.”

On Jan. 1, 2023, at approximately 10:30 p.m., a helicopter pilot was attempting to locate a suspect involved in a crime for deputies on the ground when the laser pointer struck him.

“Not only did it blind him to the point that he had to give the helicopter controls over to a co-pilot, but the shining of the laser light also affected their equipment while attempting to assist officers,” the affidavit said.

The pilot and co-pilot identified a residence from where the light source was used and contacted deputies on the ground. Soon after, they questioned Beolet, and he admitted to shining the laser into the helicopter’s cockpit.

Beolet was charged and transported to the Brevard County Jail; his bond was set at $5,000.

A laser in an aircraft’s cockpit, whether a helicopter or airplane, is dangerous. There have been other cases nationwide where people have used the device to blind pilots.

In March 2019, a Pasco County man pleaded guilty to aiming a laser at a police helicopter and was sentenced to 21 months in federal prison plus civil penalties.

In September 2022, a helicopter pilot for a Houston TV station attempted to report on traffic conditions when a laser blinded the pilot for approximately 10 minutes.

“Hey, so we’ve got somebody lasering us,” Houston reporter Tammy Rose said from the helicopter. She had just finished reporting around 6:07 a.m. when she spotted the laser. They used their onboard GPS technology to locate the address where police arrested a man.

The number of aircraft laser incidents has increased since 2018. The FAA works closely with federal, state, and local law enforcement agencies to pursue civil and criminal penalties against people who violate the Federal Aviation Regulations by aiming lasers at aircraft. The FAA has imposed civil penalties of up to $11,000 per violation.

Man arrested after shooting at police and boats in Sebastian, Florida