Man arrested after shooting at police and boats in Sebastian, Florida 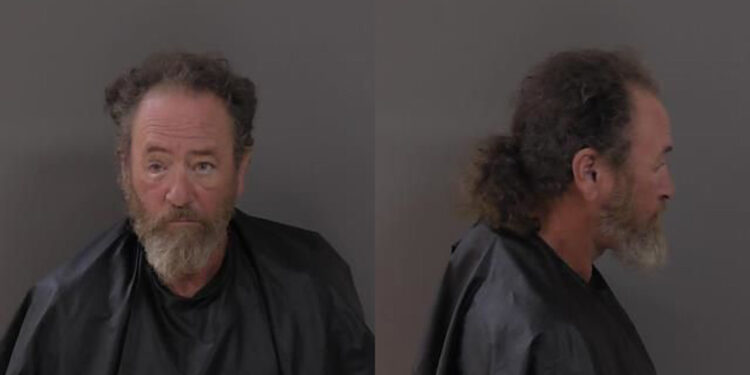 A 53-year-old man is behind bars on a $100,000 bond after he fired gunshots at police and other vessels from his anchored sailboat in the Indian River Lagoon in Sebastian, Florida.

The incident happened last Friday at approximately 8:30 p.m. when the Sebastian Police Department received calls about someone in a boat shooting a gun.

Officers spoke with witnesses on the docks at the Captian Hirams Resort and Squid Lips Overwater Grill; they stated that a man fired his gun from his vessel.

The man, identified as Derrick Johnston, yelled at another boat for having its lights on with a running generator. When the witness yelled back at Johnston, he observed him with a handgun, followed by three gunshots, the affidavit said.

The witness “knew this to be a firearm due to the muzzle flash observed following each round as it was shot,” the officer said.

The witness feared for his life, and what Johnston might do next, so he immediately contacted law enforcement. In addition to the Sebastian Police Department, the Florida Fish and Wildlife Conservation Commission (FWC) and the Indian River County Sheriff’s Office responded to the scene.

Another witness said they were traveling by boat at idle speed near the anchored sailboat when Johnston began yelling at them. Soon after, they heard the gunshots and simultaneously listened to each round striking the water near their vessel.

Officers began to approach Johnston’s sailboat when they heard more gunshots. Law enforcement then witnessed the muzzle flash as the firearm discharged.

“It should be noted at the time of the incident, Captain Hirams and other businesses along Indian River Drive were extremely busy with a significant amount of customers during peak hours on a weekend evening. This generated additional calls in reference to gunshots being fired from Johnston’s vessel,” the police said.

Deputies with the Indian River County Sheriff’s Office assisted Sebastian Police by launching their marine unit vessel and a helicopter. In addition, they used night vision goggles in order to keep a visual on Johnston as he periodically exited his vessel’s cabin.

“Once the helicopter arrived on scene, the pilot was able to observe a round appear to be fired at their aircraft, almost striking it. This caused the aircraft to turn off its lights in order to keep from being struck while still attempting to keep a visual,” the affidavit said.

Deputies onboard the sheriff’s office vessel also observed a gunshot fired from Johnston’s sailboat near them.

“When Johnston fired each round, a smoke trail was left in the air for several moments, indicating the direction the projectile was shot,” the officer said.

Announcements were then made from a PA system along with activating emergency lights to make contact with Johnston but were met with negative results.

Law enforcement then approached Johnston’s sailboat and observed him sitting halfway in the vessel’s cabin with his head out but could not see his hands. After several loud verbal commands from deputies, Johnston eventually complied, lifted his hands in the air, and was taken into custody.

Johnston told law enforcement that he lived on the sailboat, stated he did nothing wrong and did not know why deputies were on his boat.

He admitted to arguing with the witnesses but denied discharging his firearm. Deputies explained that they observed multiple gunshots coming from his vessel and asked Johnston to explain what it was if it was not gunfire.

However, Johnston stated he didn’t know what the deputies were talking about and became uncooperative. Deputies could smell a strong odor of an alcoholic beverage emitting from his breath each time he spoke. In addition, when speaking with Johnston, his speech appeared to be slurred, the affidavit said.

During the investigation, a criminal history check was completed on Johnston, revealing a conviction out of Payne County, Oklahoma, in 2007 for Aggravated Assault/Battery with a Dangerous Weapon.

Based on all the evidence, Johnston was charged with Aggravated Assault with a Deadly Weapon; and Shooting or Throwing a Deadly Missile. He was transported to the Indian River County Jail, where he remains on a $100,000 bond.