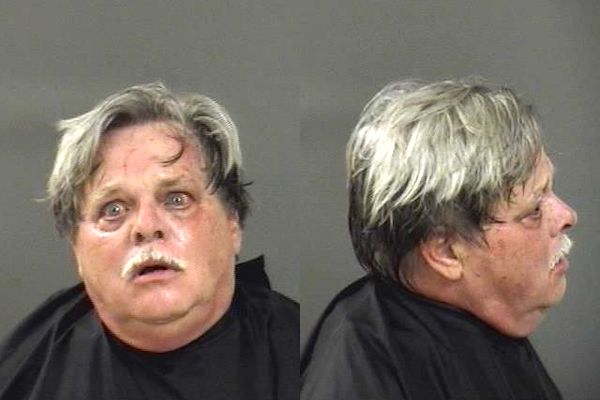 VERO BEACH – Police were dispatched to Lemon Tree, a restaurant at 3125 Ocean Drive in Vero Beach, Sunday morning about a man sitting on a chair and blocking the doorway to the establishment.

The manager of the restaurant told Vero Beach police that a man entered the building with his dog and was asked if the animal was a service dog. The man said she didn’t need any of his information, which started a loud verbal altercation between the two, according to the affidavit.

The man then “grabbed a chair and placed it right in front of the entrance/exit of the business, preventing customers from coming in and out,” police said.

Officers made contact with the man, identified as 65-year-old Gordon Richard Cluthe of Vero Beach, who was sitting in a chair blocking the doorway.

“My father is the founder of Vero Beach, and you will lose your job and no longer work here,” Cluthe told police.

When asked for his identification, Cluthe opened his wallet and then quickly closed it, preventing the officer from seeing it. Eventually, officers gathered Cluthe’s information and issued him a trespass warning. Cluthe left the scene.

A few minutes later, police were dispatched again to Lemon Tree where Cluthe was seen sitting in a chair and blocking the entrance. He was arrested for Trespassing.

While being detained, a struggle ensued, and Cluthe was charged with Felony Battery on a Law Enforcement Officer and Resisting Arrest.

Cluthe is still being held at the Indian River County Jail on $7,000 bond.