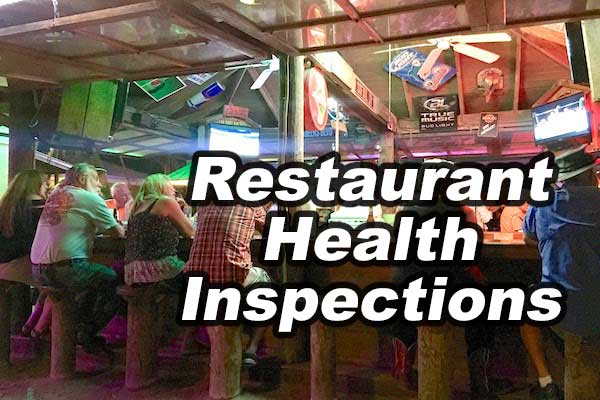 5 restaurants had a great score during their health inspection in Sebastian, Florida.

SEBASTIAN – When it comes to health inspections, the restaurants in Sebastian have made significant improvements during the past six months.

Earl’s Hideaway Lounge scored the best in February. They only had 3 small violations with no High Priority incidents. Despite having problems with a can opener, they had some minor residue buildup on one of their coolers. Overall, they did outstanding during their inspection.

Wendy’s Old Fashioned Hamburgers improved significantly from their last inspection. They had 1 High Priority for not time stamping an item being refrigerated, but they had a good overall inspection.

Big Roman’s Pizza in Micco, a place that will soon debut in our Top #10 list of the best pizza around Sebastian, did well. They had 1 High Priority for deli ham that was “standing in a pan” a few degrees below the required temperature. The problem was corrected on-site with the health inspector. The minimal violations included a cracked storage container and employees storing personal items near the work area.

Crab E Bills did well during their February health inspection. They had all basic and no high priority violations. Some of the minimal violations were employees storing a drink cup near a cooler, and some ripped tin foil on a shelf. These problems were fixed immediately while the inspector was present. None of the violations were of any threat to the public.

The Italian Cousin is always consistent with their health inspections. Again, their score was good. The violations they did have were all because their walk-in cooler was a couple of degrees off from the recommended temperature. It was fixed on-site while the inspector was present.