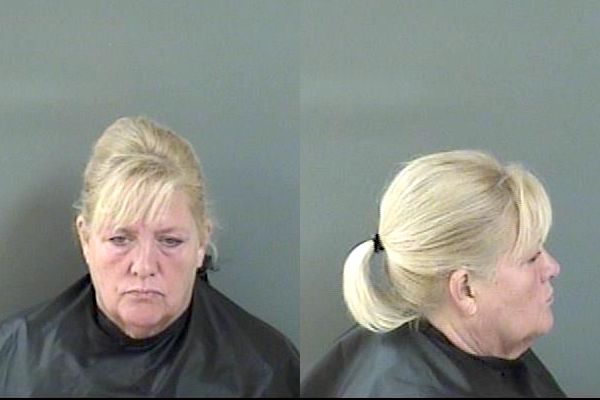 A Barefoot Bay woman was sentenced to 15 days in jail for a DUI charge.

BAREFOOT BAY – A Barefoot Bay woman who was accused of driving drunk with two flat tires after leaving a Christmas party has been sentenced to jail, court records show.

Robin Lynn Newton, 55, was sentenced to 15 days in the Indian River County Jail and received more than $1,000 fines, accordingly to court records. She will then be placed on house arrest for 60 days after she finishes her jail time, court records show. Newton will be on probation for 12 months.

The judge ordered Newton to attend Advance DUI School and to have an ignition interlock system installed on her vehicle for 12 months. Newton’s license is also suspended for 12 months, but she is eligible for a business permit to drive to work.

Newton, who resides at the 500 block of Puffin Drive in Barefoot Bay, was seen leaving a party at a local restaurant where she almost ran over two security guards in the parking lot, according to the arrest affidavit in December 2018.

Minutes later, Newton was seen driving with two flat tires heading north in the southbound lanes on U.S. Highway 1, the report said. The vehicle was located by a deputy just north of Ruby Tuesday’s.

“I’m fu**ked,” Newton told the deputy, with a strong odor of alcohol, according to the arrest affidavit.

The deputy observed two flat tires on Newton’s vehicle and damage to the left side. Newton told the deputy that she “had a couple of cocktails” before leaving the party.

Newton was also charged with DUI in December 2007 in Brevard County.