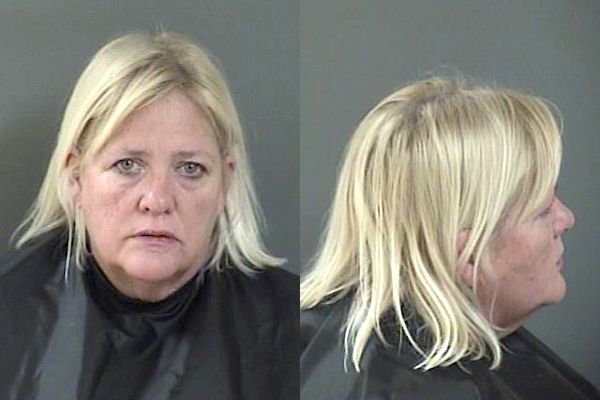 A Barefoot Bay woman is accused of driving drunk on two flat tires in Sebastian, Florida.

Robin Lynn Newton, of the 500 block of Puffin Drive in Micco, was arrested for DUI and Refusing to Submit to a Breath Test in Sebastian.

Newton was seen driving northbound on U.S. Highway 1 on two flat tires by a motorist. There was another witness who said she almost ran over two security guards in a parking lot.

“Upon arrival, I observed the vehicle at a complete stop facing northbound in the southbound lanes. The vehicle had the left side tires flat. Damage to the left side of the car was observed,” according to the deputy.

With the car still running, the deputy walked up to Newton and asked for her driver’s license, the report said. Newton stated she did not have it on her. She told the deputy that she was at a Christmas party and “had a couple of cocktails” before leaving.

“I’m fu**ed,” Newton told the deputy, with a strong odor of alcohol, according to the affidavit.

After completing the standard field sobriety tests, the deputy determined that Newton was too impaired to drive. She was transported to the Indian River County Sheriff’s Office.

At the county jail, Newton refused to provide a lawful sample of her breath. In 2007, Newton refused to submit a breath/urine/blood test. In 2008, she received a guilty conviction for DUI in Brevard County, according to the sheriff’s office.

As of Wednesday afternoon, Newton was still being held on $1,000 bond at the county jail.