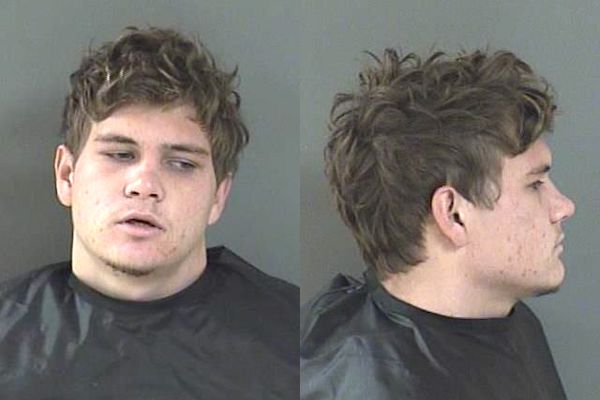 VERO BEACH – A 19-year-old man was arrested Monday afternoon after damaging property in excess of $1,000 during a drunken rage, according to the Indian River County Sheriff’s Office.

Deputies were dispatched to the 1300 block of Scarlet Oak Circle in Vero Beach, Florida in reference to an intoxicated subject damaging property at multiple homes, reports show.

Keith Andrew McFarlane III, of Vero Beach, was standing at one of the homes and was immediately placed into custody. The deputy detected a strong odor of alcohol on McFarlane’s breath, the affidavit said.

“It was discovered that McFarlane had gone into a drunken rage and damaged multiple properties throughout the neighborhood,” the deputy said.

Some of the damages involved:

McFarlane was arrested for Felony Criminal Mischief and Disorderly Intoxication. However, he faced an additional charge of Battery on an Officer after he spit on two deputies while being detained, the report said.

While in the backseat of the patrol cruiser, McFarlane “proceeded to bite the back seat causing multiple rips and tears in the seat fabric,” the report said. The seat is unable to be repaired and will need to be replaced, according to the deputy.

As of Wednesday afternoon, McFarlane is still being held at the Indian River County on $15,500 bond.