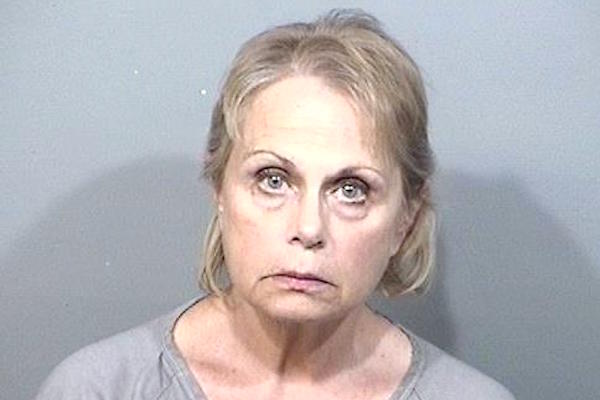 MICCO – The Florida Highway Patrol was called Wednesday night after a deadly crash report at the intersection of Micco Road and Brown Road near Barefoot Bay.

A motorcyclist, identified as 50-year-old Jorge Rivera of Palm Bay, was killed in a two-vehicle crash involving a driver suspected of driving under the influence.

Treasure Deal, 66, was charged with DUI manslaughter in the deadly crash. Troopers reported that Deal appeared impaired by alcohol. Her passenger was also taken into custody on an unrelated, out-of-state warrant for child support.

A spokeswoman for the Florida Highway Patrol said they were cooperative and had been “to some bar up the road.” Deal appeared to be impaired when troopers arrived.

Deal’s passenger, 56-year-old Barney Lynch of Barefoot Bay, was booked into the Brevard County Jail Complex on a child support warrant issued out of Wisconsin.

Deal was driving a 2004 sport utility vehicle and was attempted to make a left turn to go south on Brown Road when she ran into the path of the motorcyle. Rivera was thrown from his motorcycle and pronounced dead at the scene.