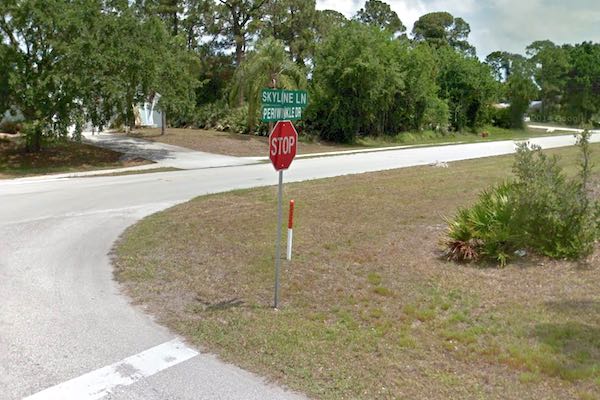 Suspect is still at large after driving a car into a garage door on Skyline Lane in Sebastian, Florida.

SEBASTIAN – A suspect is still at large after driving a car into a garage door on Skyline Lane Sunday night, according to the Sebastian Police Department.

The driver of the vehicle fled on foot after the crash.

Police dispatched K-9 units and a helicopter from the Indian River County Sheriff’s Office to search for the suspect who was last seen near Periwinkle Drive.

“A 2006 Dodge Charger crashed into the garage door and two cars in the 1700 block of Skyline Lane,” Lt. Timothy Wood told Sebastian Daily.

Police aren’t releasing much information about the crash at this time.

We will be following up on this story as information is released by law enforcement.

Last week, a woman was arrested after crashing her car into a home on Barber Street. The homeowner said the vehicle crashed into her son’s bedroom. However, the child was in a different room at the time. There were no injuries.