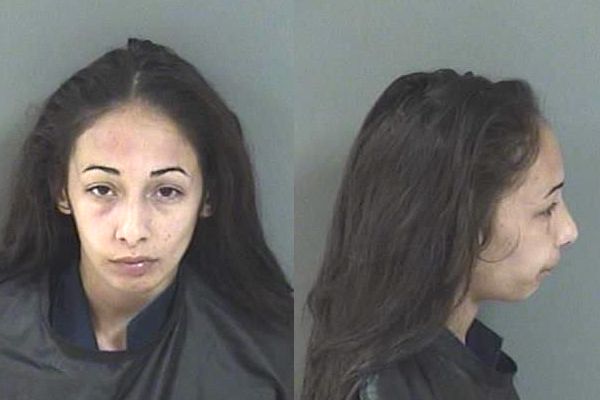 Woman crashes into a home on Barber Street in Sebastian, Florida.

SEBASTIAN – On Monday night, at approximately 11:40 p.m., a homeowner called 911 after a car crashed into her house and left the scene, according to the Sebastian Police Department.

The homeowner at the 800 block of Barber Street went into her son’s bedroom and stated the “house was open to the outside” after the crash, the affidavit said.

“I observed a large hole near the southwest corner of the residence and no vehicle in the area. I made contact with the homeowner … who advised she and her two children who were in the residence at the time of the crash were ok and didn’t sustain any injuries,” the officer said.

Police observed large amounts of debris from the house and the vehicle scattered throughout the backyard area. They located tire tracks in the grass area coming from south of Barber Street where the car caused structural damage before existing onto Oswego Avenue, according to the report.

A vehicle was located at the 800 block of Dempsey Avenue, approximately seven blocks north of the accident. It had fluid leaking from the undercarriage. The vehicle, described as a Honda, also had massive damage to the passenger side.

“The whole vehicle had white transfer paint from the house, and I observed pieces of drywall and insulation on the vehicle and on the ground near where the vehicle was parked,” the officer said.

Police made contact with the vehicle’s owner, identified as 24-year-old Celena Marie Lamonda, who stated she was the driver.

“She was driving northbound on Barber Street near the 800 block when she and her boyfriend Juan got into an argument. She lost control of her Honda and drove through a ditch, and then crashed into a house,” police said.

Lamonda, who works as a restaurant server, said she hit her boyfriend in the face while driving her vehicle at the time of the crash. Officers observed skin under her fingernails from scratching her boyfriend.

Lamonda left the crash scene because she was “scared and just wanted to get home,” the affidavit said.

Lamonda was arrested for Leaving the Scene of an Accident with Property Damage, and Battery Domestic Violence. She was transported to the Indian River County Jail and released after posting a $2,000 bond.

Spot a Horseshoe Crab in Sebastian During 2019 Mating Season

Spot a Horseshoe Crab in Sebastian During 2019 Mating Season