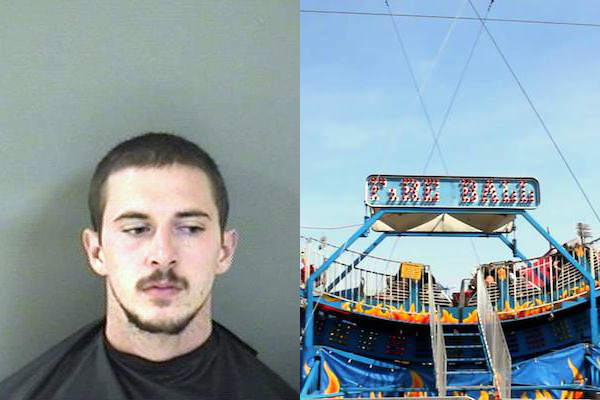 Man arrested at Harvest Festival in Vero Beach after offering alcohol to a teenage girl.

VERO BEACH – A 23-year-old man was arrested after trying to give a 13-year-old girl alcohol Friday night at the Harvest Festival.

Evan Raymond Morris, of Vero Beach, approached a teenage girl while she was in line at the “Fire Ball” ride at the fair.

Morris, who was visibly intoxicated, offered the girl alcohol from a “Sunny D” juice bottle he was carrying.

This upset the girl, who told her father. The father called the police to report Morris.

He was transported to the Indian River County Jail where he was later released on a $500.00 bond.

Drunk Captain Hiram’s Patron Thought He Was In Melbourne