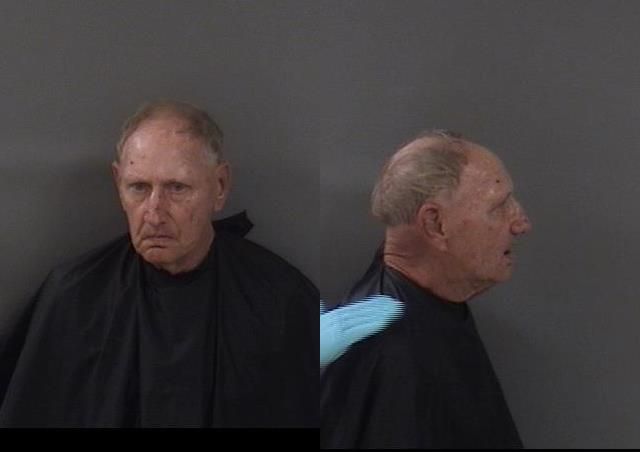 A man was arrested Sunday after he threatened to “blow up” his neighbor’s house and “kill everyone inside,” according to the Sebastian Police Department.

At about 10:20 a.m., officers responded to the 1000 block of Carnation Drive about a public disturbance. The victim said her neighbor was yelling obscenities at her from his driveway and threatening her family.

The neighbor was identified as Parker Alan Lord, 68, of Sebastian. Officers advised Lord to remain inside his residence and stop yelling at his neighbors.

During the next 4 hours, the victim called the police twice more about Lord yelling and making threats. Each time, officers warned him that he would go to jail if he continued to cause a public disturbance.

About 30 minutes after the last call to the police, officers drove around the area of Lord’s residence and observed him yelling from his driveway again.

“I observed Parker (Lord) standing in his driveway, making hand gestures, and yelling in the direction of [the victim] who was inside of her garage,” the officer said.

Lord was charged with two counts of Disorderly Intoxication and transported to the Indian River County Jail.

Lord was already out on bond from an incident on April 4. As a result, a judge revoked his bond.

The previous incident occurred when multiple people called about an intoxicated man who had fallen into a ditch near Melrose Lane and Carnation Drive.

The police arrived, and officers walked him home, but his behavior became aggressive towards his neighbors. Once inside the residence, Lord would not sit down and seemed intent on going to his neighbor’s home to start an altercation.

Lord then “smacked” one of the police officers with an open hand. The police continued to warn him not to touch them, but he continued to put his hands near the officers.

Then, when the police attempted to leave, Lord grabbed the wrist of one of the officers. The police arrested Lord on a charge of Disorderly Intoxication.