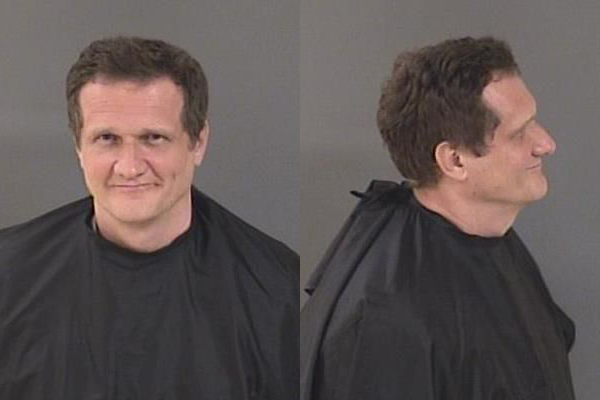 Deputies responded to the Hurricane Grill & Wings in Vero Beach after a man had spit on a patron for wearing a Donald Trump campaign hat, according to the Indian River County Sheriff’s Office.

A man told deputies he was sitting at the bar wearing his red “Make America Great Again” hat when a subject walked over and stated, “you should go back to Russia, you fu**ing communist,” and then slapped the visor portion of the hat. The man then got closer and spit on the victim, according to the affidavit.

The victim took down the vehicle tag as it left Hurricane Grill. A deputy then went to the residence where the tag was registered.

A woman told the deputy that her husband, identified as Matthias Ajple of Vero Beach, was joking. However, she did not witness the altercation.

The manager of the restaurant replayed the surveillance video, which clearly shows Ajple slapping the bill of the victim’s hat and then leaning over to spit on him, the report said.

Ajple was arrested and charged with Battery.

On the way to jail, Ajple told the deputy, “I was just trying to protect you guys because I support Law Enforcement, Trump supporters are communist and racist.”

Ajple then told the deputy, “I don’t even care that I’m going to jail, this is actually exciting, plus I have more time on this Earth than he does anyway, he probably feels so good about himself,” the affidavit said.