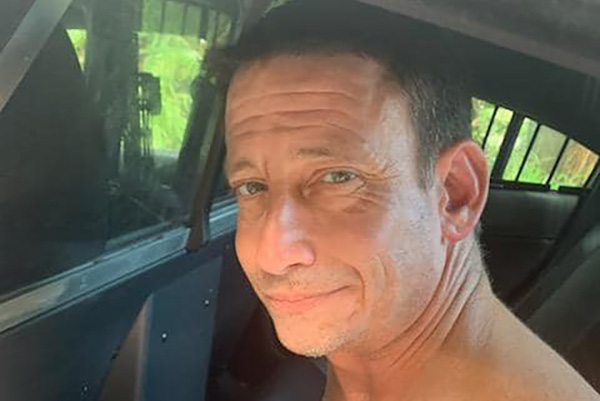 James Cowles of Kentucky captured near the Sebastian Inlet.

A man who escaped from Kentucky was captured near the Sebastian Inlet Sunday.

On Sunday at 11:30 a.m., the Brevard County Sheriff’s Office requested assistance from the Indian River County Sheriff’s in locating a Ford Mustang that was last seen traveling south on A1A from Sebastian Inlet.

The vehicle was supposed to be driven by James Cowles, who is an escapee from Kentucky.

Deputy Rodriguez saw the suspect’s vehicle pass him, and as he went to turn around, the driver fled at a high rate of speed.

Rodriguez was able to locate the suspect vehicle hidden on a golf cart path, but it was unoccupied.

Deputy Reimsnyder and his K9 partner Kobi responded to the scene and began to track the suspect from the vehicle.

After a lengthy track, Kobi located James hiding in a brush line. James was taken into custody and transported to the Indian River County Jail for further processing.

James was serving a 23-year prison sentence for Burglary and Grand Theft when he fled Kentucky.