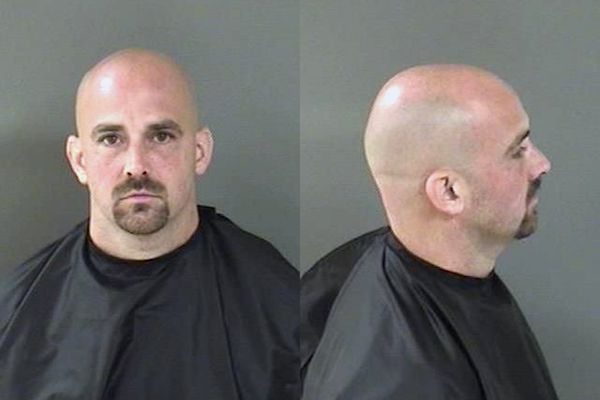 Charles Christopher Hinckley, of Vero Beach, had his right arm stuck in the drop box at the Trinity Episcopal Church.

VERO BEACH – On Saturday at 10:00 p.m., a 34-year-old man told officers that he was trying to steal money from the drop box at the Trinity Episcopal Church when his arm got stuck, according to the Vero Beach Police Department.

Charles Christopher Hinckley, of Vero Beach, had his right arm stuck in the drop box at the church located at 2365 Pine Avenue. Police asked Hinckley how he managed to get his arm in there, and he said that he “messed up,” according to the report.

“I tried to steal the money in the box for drugs,” Hinckley told Vero Beach Police, the report said.

Hinckley told officers he works for the church as a maintenance person. On the ground next to him was an aluminum trash picker. He told officers that he would use the trash picker to “grab bags of money” from within the drop box and return to his residence.

Hinckley said he needed the money for a “quick fix” and would return the rest of the money so no one would notice anything was missing. He said the money was counted only after the weekend.

EMS responded to the church and freed Hinckley’s arm from the box. He was then transported to the Indian River Medical Center.

According to Father Christopher Rodriguez of Trinity Episcopal Church, there was approximately $300 in the drop box in checks and cash waiting to be deposited.

Hinckley also told officers that he had pawned tools and equipment from the church for money and would also use a company credit card to buy copper and sell it at different scrap yards, according to the arrest affidavit.

After being released from the hospital, Hinckley was transported to the Indian River County Jail. Bond set at $1,000. As of Monday morning, he was still in the county jail.