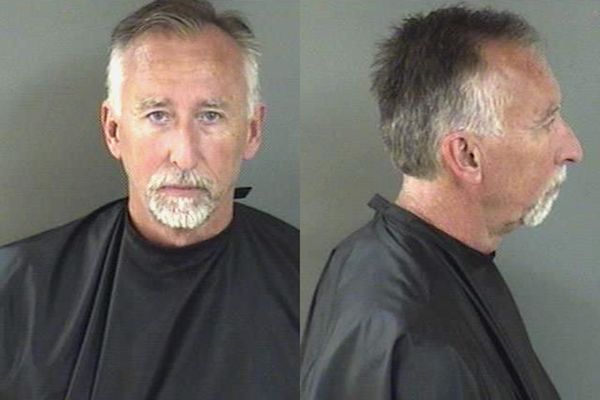 VERO BEACH – A former Indian River County assistant fire chief was arrested Monday morning and charged with stealing thousands of dollars from the county, according to the Sheriff’s Office.

Brian Burkeen, 55, of Fellsmere was booked Monday at approximately 11:30 a.m. into the jail and charged Felony Grand Theft, and five counts of Felony Dealing in Stolen Property.

“We’re saddened and disappointed of the allegations and arrest of someone who has worked so many years for the county,” said County Attorney Dylan Reingold. “Upon learning of possible wrongdoing, we filed a report with the Sheriff’s Office and they investigated.”

Burkeen has worked for the county for nearly 30 years. Indian River County Fire Rescue spokesman Cory Richter said the County Attorney’s Office and the Sheriff’s Office will be investigating the case.

Upon learning of possible wrongdoing, a report was filed with the Indian River County Sheriff’s Office who initiated an investigation. We continue to work closely with law enforcement officials.

We met with the Clerk of the Court and Comptroller, Jeff Smith. His internal auditor is conducting a full review, and we have talked with the external/independent auditors who have been advised of the investigation.

The allegations against someone we have worked with for many years are very upsetting. Because this is an ongoing investigation, we are unable to provide further comment, other than to say we are extremely saddened and disappointed.

Sheriff Deryl Loar is scheduled to address the media at 4 p.m. regarding the arrest.

Sheriff’s spokesman Maj. Eric Flowers said Burkeen was in the process of being booked in the county jail as of this morning and that the Sheriff’s Office website’s booking information would be updated to reflect Burkeen’s status soon.

The incidents related to Burkeen’s charges happened sometime before his retirement, which was effective Feb. 9, according to Reingold.