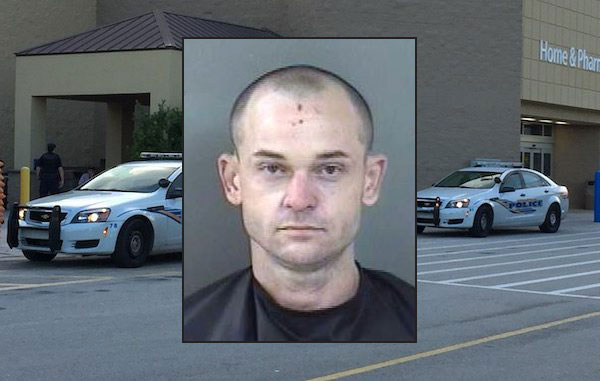 Brett Parker Watts found in a trunk at Walmart in Sebastian, Florida.

SEBASTIAN – Sebastian Walmart employees were shocked to learn that a 30-year-old man was arrested after he was found inside a trunk of a car with stolen merchandise, according to the Sebastian Police Department.

A few minutes later, Watts was seen exiting Walmart with a backpack in his hand. He then went to the vehicle and climbed into the trunk. He then closed the trunk door and the vehicle drove off.

The Sebastian police officer stopped the driver of the vehicle on the grounds of suspected retail theft.

“After confirming that the individual in the trunk was Brett Watts, officers contacted Walmart and learned that Watts had an active trespass warning from Walmart,” the officer said.

Watts was arrested and transported to the Indian River County Jail where he was charged with trespassing, possession of drug paraphernalia, and retail theft.