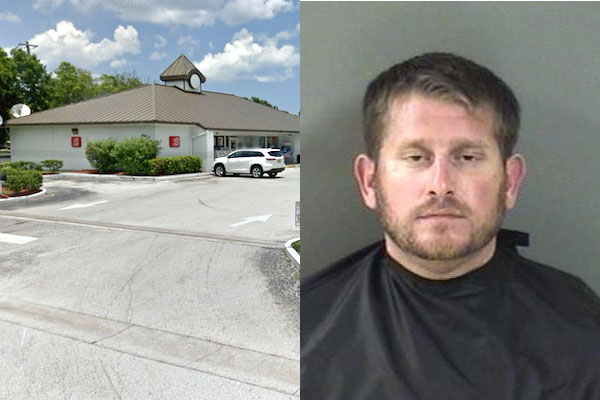 Man walks out with 2 cases of beer without paying at the Sebastian Speedway.

SEBASTIAN – A man was arrested after walking into the Speedway Friday morning at 9:00 a.m. and stealing two 18 packs of beer, according to the Sebastian Police Department.

Christopher Lee Maxwell, 28, walked in and headed to the beer isle inside the Sebastian Speedway. The store clerk told Maxwell that it was past the restricted time to purchase alcohol, and that beer was not being sold at the time.

“The male asked her what would happen if [he] stole some beer,” the officer said. The clerk advised that she would call law enforcement.

The clerk watched Maxwell pick up two 18 packs of Bud Light and walk out the door without purchasing them.

A Sebastian police officer observed Maxwell with the beer walking at the intersection of Martin Avenue and Indian River Drive.

“I gave several commands for Maxwell to stop walking, but he refused and took a bladed stance towards me. As I attempted to gain control of his left wrist, he pulled away from me and grabbed the left side of my ballistic vest, snatching my shoulder radio off,” the officer said.