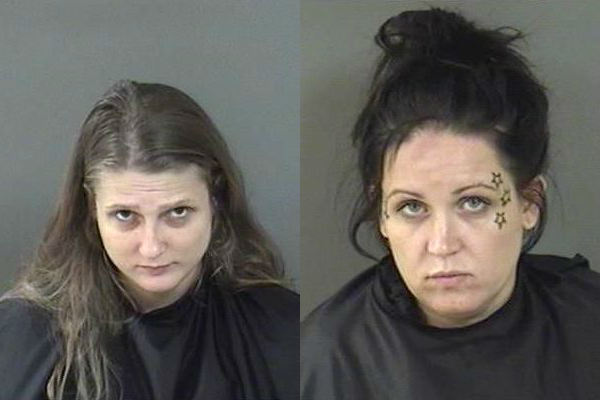 VERO BEACH – When two women asked a man if they could stay with him in his room at the Howard Johnson’s, he didn’t mind it at all, until drugs were mentioned, according to the Indian River County Sheriff’s Office.

Shannon Fisher, 25, and Whitney Autry, 31, were arrested on a charge of trespassing at the Howard Johnson’s in Vero Beach.

On Tuesday, the man told law enforcement that he was approached by the two young women at Vero Beach Howard Johnson’s and asked if they could stay with him.

The man became very concerned when the two women began speaking about drugs. So, he asked the women to leave the room.

However, they told the victim they weren’t leaving. He let them in, and they were staying.

The victim then went to the front desk and made a complaint. They advised him to contact law enforcement.

When deputies arrived, the two women told the victim and the deputy they had the room now and were not leaving.

“I stood outside the victim’s room as the victim attempted to gain entry when defendant Shannon Fisher opened the door. The victim told her that they had to leave the room. Fisher refused,” the deputy said.

The man then told the two women that he brought law enforcement for assistance and it was at that time the deputy made his presence known.

Even so, the two women were evasive and stated that the victim had permitted them to spend the night and that they should not have to leave.

“I instructed both to gather their property and to depart the premises. Neither defendant acknowledged my instructions and just milled about,” the deputy stated.

They were placed under arrest and transported to the Indian River County Jail.