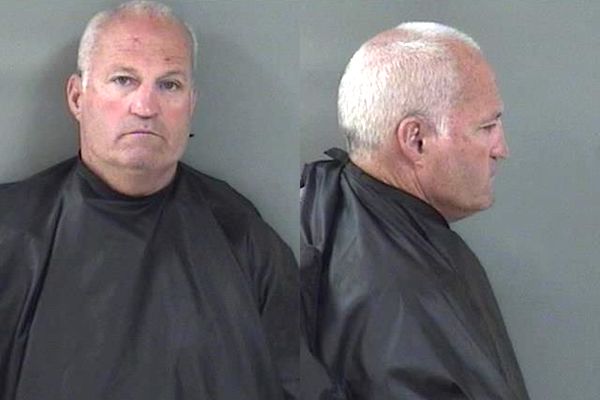 VERO BEACH – A Vero Beach man was arrested Tuesday after he called the Martin Memorial Health Systems and threatened to “blow up” the Martin County Sheriff’s Department, according to the report.

Richard Gerald Orr, 56, was charged with Felony False Report of Planting a Bomb, and Trespassing. He’s currently in jail on a $51,000.000 bond.

The incident occurred Tuesday at approximately 2:00 p.m. when a man called the Martin Memorial Health Systems in Stuart. The operator said the man stated “within 72 hours he was going to blow up the fu–ing Martin County Sheriff’s Department” before hanging up.

The operator noticed it was a Vero Beach number and notified the sheriff’s department immediately. A detective took down the information and began his investigation.

The first thing the detective did was run a search for the phone number on Facebook, at which time they located a user profile with the name “Richard Orr.”

Another detective was very familiar with Richard Orr, having dealt with other phone calls in December. It was obvious that Orr is not pleased with the Martin County Sheriff’s Office and made statements suggesting that he was arrested when he was younger for making bomb materials.

Detectives pinged the location of Orr’s phone and found him inside a tent in the woods near Vero Beach, the report said.

Once he was arrested, Orr stated he did not make any bomb threats and wished to speak with a lawyer.

Orr was then transported to the Indian River County Jail.