Man Attempts to Get McDonald’s During Police Traffic Stop, “I Love McDonald’s” 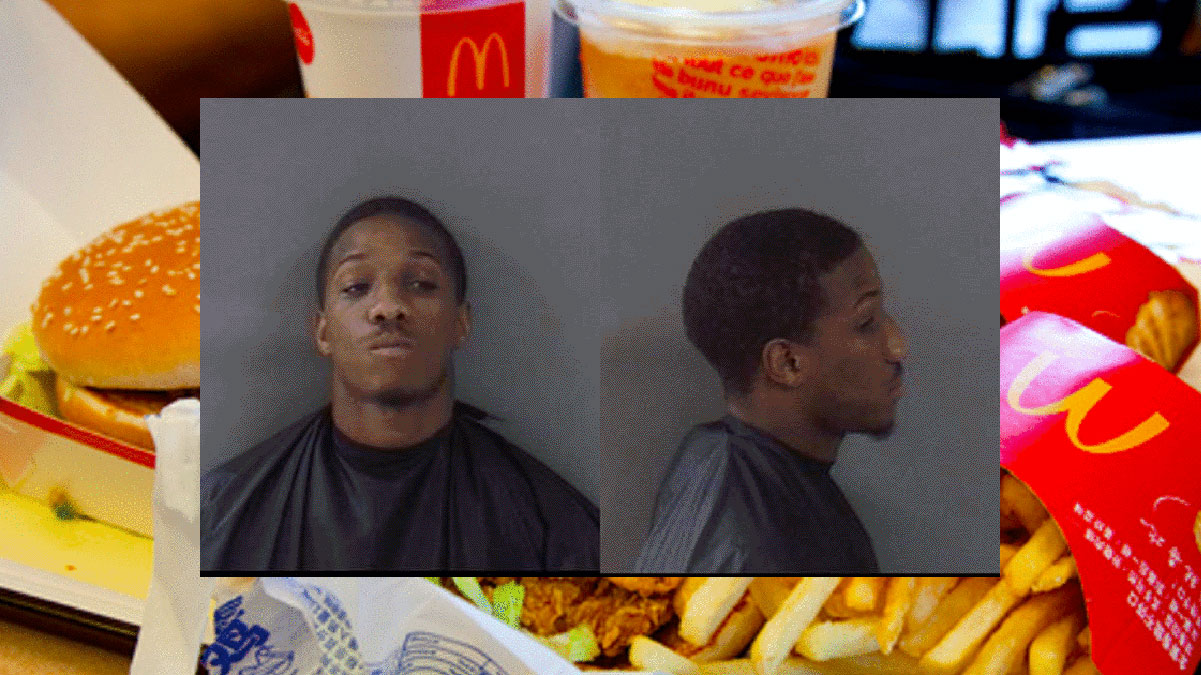 A Florida man refused to pull over for the police as they attempted to conduct a traffic stop for speeding, but the driver said he was trying to get to McDonald’s where “his heart” was, reports show.

An officer with the Sebastian Police Department spotted the vehicle Wednesday morning at approximately 4:12 a.m. According to the affidavit, the car was traveling at 61 mph in a posted 35 mph zone on U.S. Highway 1 in Sebastian.

Instead of stopping for police, the driver activated his emergency hazard lamps.

“The vehicle’s hazard lamps began to flash, and the vehicle continued at the same speed as prior to the activation of my patrol car’s emergency lights,” the officer said.

At first, the officer thought that maybe the driver was signaling that he would pull over at the lighted parking area near Publix and Walgreens near Barber Street.

However, the vehicle continued southbound on U.S. Highway 1 and left the city limits. The officer informed the Indian River County Sheriff’s Office of the vehicle before turning around.

“As the vehicle’s actions did not rise to the level of an authorized vehicle pursuit as defined by Sebastian Police Department Policy, the attempts to stop the vehicle were discontinued. I deactivated my patrol car’s emergency equipment and subsequently turned around. The description of the vehicle, along with the last known location and direction of travel, was relayed to the Indian River County Sheriff’s Office,” the officer wrote in the affidavit.

A few minutes later, the Indian River County Sheriff’s Office informed Sebastian Police that they located the vehicle and detained the driver at McDonald’s on U.S. Highway 1 and 53rd Street.

The Sebastian Police officer went to the scene and questioned the driver. When asked why he didn’t stop, the driver replied, “It was an emergency and was scared,” which was why he turned on his hazards.

The driver was then asked why he never pulled over in Sebastian, and he stated that he wanted to go to McDonald’s where “his heart” was.

“I love McDonald’s,” the driver told the police.

When trying to obtain the driver’s identity, he gave the police a false name. Then, he told the officer that he was colorblind and legally deaf.

The driver was eventually identified as 28-year-old Denton Christopher Davidson. When the officer asked Davidson why he didn’t give his correct name and date of birth, the McDonald’s fan said he thought his name was “John Doe” because he did not have a name.

Davidson was arrested and charged with Felony Flee & Elude, Give False Name While Detained, and Driving on a Suspended License. He also had a warrant out of Marion County for driving on a suspended driver’s license.