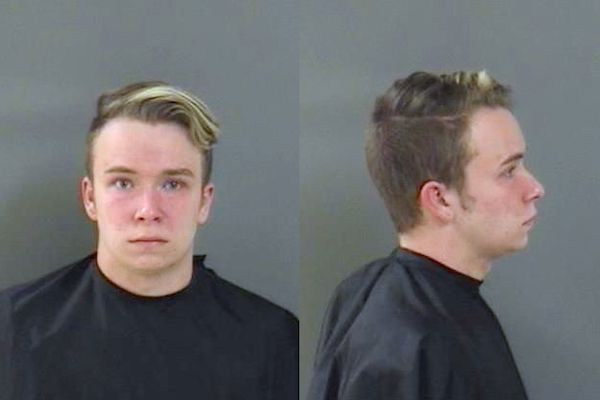 SEBASTIAN – A man was arrested for credit card fraud after using someone else’s American Express card to buy a car and stay at the Pennwood Motor Lodge in Sebastian.

Coincidentally, the man’s name is Matthew Joseph Card, who is being held on $7,500 bond at the Indian River County Jail.

On Wednesday at approximately 4:15 p.m., deputies were dispatched to Pennwood Motor Lodge at 9295 U.S. Highway 1 in Sebastian after the manager became suspicious about Mathew Card. The manager told deputies that Mathew Card used a credit card over the phone to pay for a one-week stay. However, the card was declined. Mathew Card then provided an American Express card, stating it was his father’s and he was authorized to use it.

After settling the money he owed, Mathew Card, 20, left and returned in a new vehicle. Not long after, the manager at Pennwood received a call from a woman asking why she was being charged for a room she never stayed in. Also, the woman said there were other charges, including a car and a Geico insurance payment. The manager took down all the information and contacted the Indian River County Sheriff’s Office.

Deputies arrived and spoke with Mathew Card. The 20-year-old denied ever using someone else’s credit card information to rent a room or buy a car in Sebastian.

Card was transported to the Indian River County Jail and charged with Felony Fraudulent Use of Credit Card Over $100.