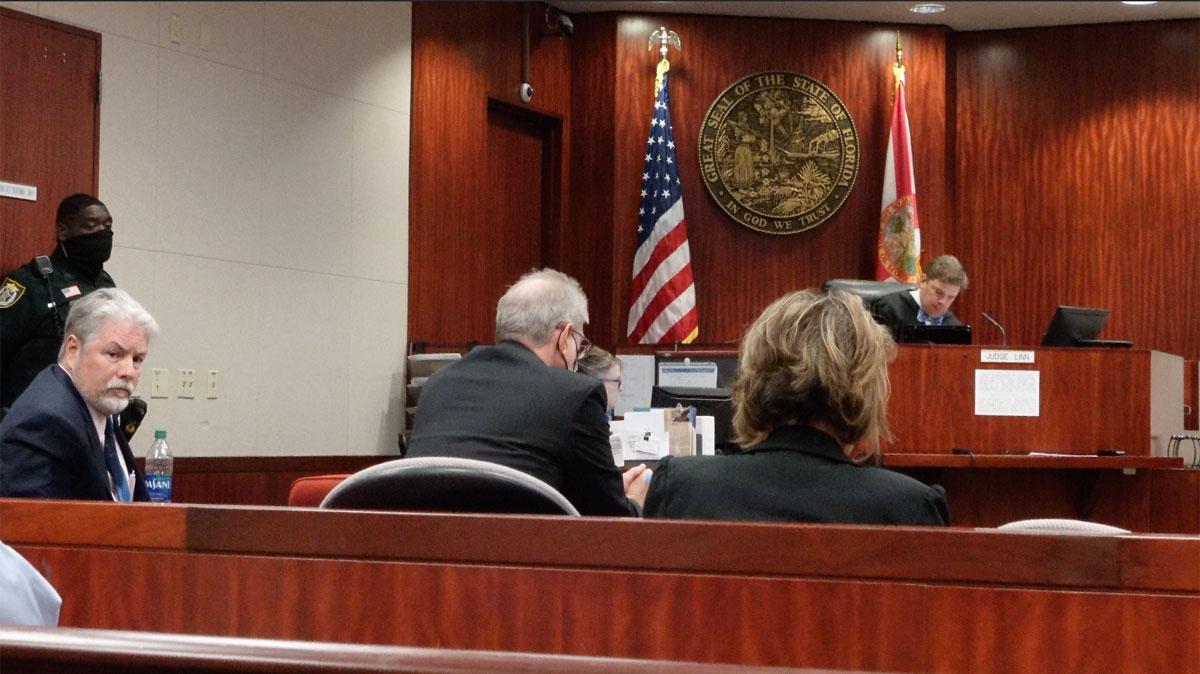 On Friday, a judge ordered former City Council members Damien Giliams and Pamela Parris to pay approximately $90,000 in restitution to the city and its insurance company.

19th Judicial Circuit Court Judge Michael Linn ordered Gilliams and Parris to make all installments payments no longer than 5 years from when released from jail. The installments are to begin after they complete their jail sentence.

You can watch a video of the restitution hearing from our Sebastian Daily YouTube channel.

Both Gilliams and Parris are appealing the case, which could take several months.

Gilliams and Parris were convicted by a jury on Sept. 14, 2021 for perjury and for violating the Sunshine Law.

It’s a busy month for Damien Giliams, who just appeared for the restitution hearing Friday, and will now go back to court on Nov. 23, 2021, with his son, Damien Lee Fey Gilliams.

The father and son allegedly filed a false police report accusing Sebastian Vice Major Jim Hill of battery at the courthouse during the Gilliams trial. The two allege that Hill purposely ran into the son outside a courtroom. Hill denies the allegation.

The Indian River County Sheriff’s Office investigated the incident and obtained video surveillance from the courthouse. According to investigators, there was never a physical altercation that took place. They claim Hill walked past the son without touching him. A warrant was issued for both the father and son.

In addition, Gilliams has to appear before City Hall on Nov. 23, 2021, to answer to a citation and possible fines after his business, the No Name Bar, violated the city code. The city says he has several picnic tables, a bar, and chairs in the parking lot and along the roadway of the business property, which is against an ordinance.

Refusing to comply with the city could cost Gilliams $200 per day in fines.