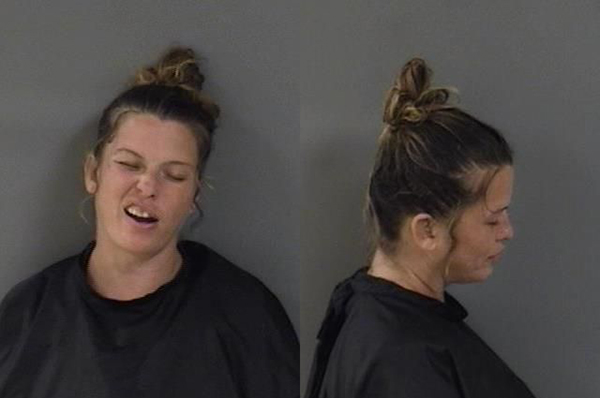 An intoxicated woman was arrested after showing up at another woman’s house, holding a beer, and looking for her boyfriend, according to the Fellsmere Police Department.

A woman called the police after someone was knocking on all of her windows on Tuesday at 3:30 a.m. on South Elm Street in Fellsmere. The homeowner already had the suspect trespassed for showing up and looking for her boyfriend at the residence.

Randilynn Santiago, 34, was identified as the woman who was knocking on the windows. She left the residence as soon as the homeowner called the police.

“She sounded intoxicated and was yelling out her boyfriend’s [name] being at this location,” the officer said.

While searching the area, officers located Santiago behind a residence across the street.

“Santiago was shoeless and wet and appeared disheveled. There was an odor of an alcoholic beverage coming from her breath as she spoke. She was also drinking a beer,” the officer said.

Santiago admitted to being at the residence. She was charged with trespassing and transported to the Indian River County Jail.

On Wednesday, a judge sentenced Santiago to seven days in jail. She will be released on Christmas Day.