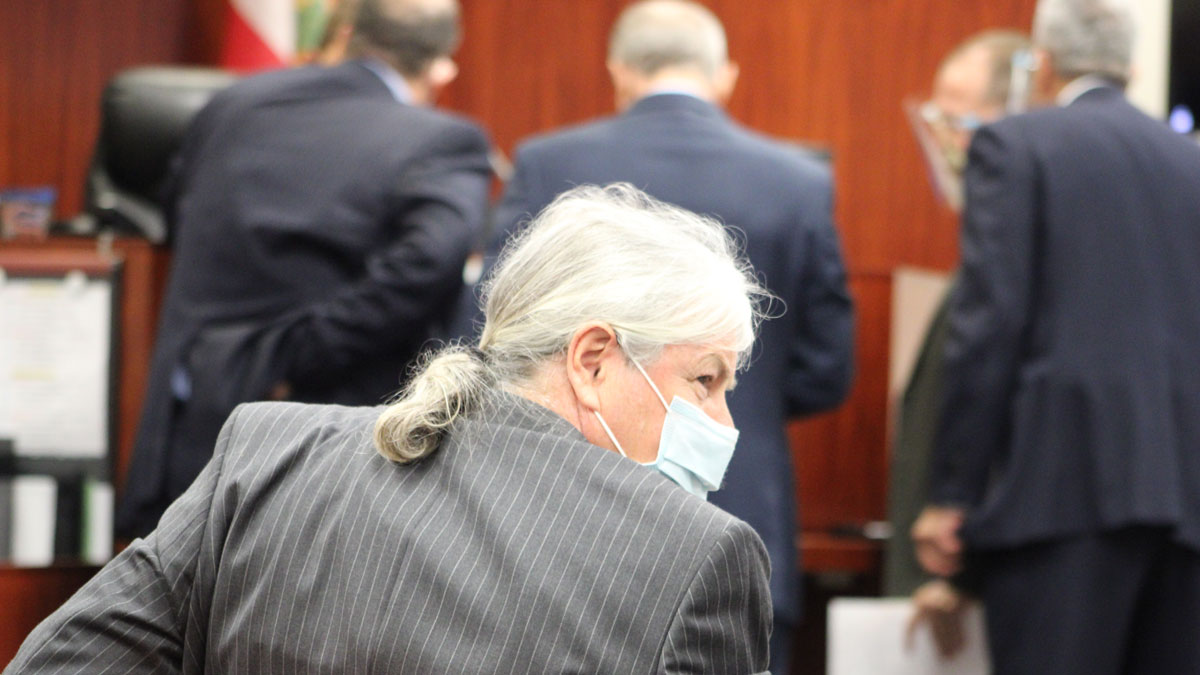 Former City Councilman Damien Gilliams, convicted on all criminal counts of violating the Sunshine Law and perjury, has been busy this week filing at least three different motions.

On Monday, June 7, Gilliams filed a motion for a new trial arguing the jury’s verdict on the evidence. The argument has yet to be heard.

Then, on Monday, June 14, Gilliams filed a motion attempting to disqualify Judge Michael Linn from the case, citing that his wife works as a paralegal for the State Attorney’s Office. Judge Linn has denied the motion.

“The Defendant seeks disqualification of the undersigned judge based on spousal employment. The Court finds the motion legally insufficient to demonstrate that there is a requirement for the judge to disclose or disqualify pursuant to Rule 2.330(2) absent sufficient facts supporting subsection (2)(A), (2)(B), (2)(C), or (2)(D). Therefore, the Defendant’s motion is denied,” Judge Linn said in the order.

The disgraced former City Councilman then filed a motion on Tuesday, June 15, objecting to the State’s request for restitution. It appears as though Gilliams is trying to limit or oppose punishments.

We then contacted Assistant State Attorney Lev Evans to find out what the State is asking in restitution.

“The State will probably ask for jail time, probation to follow, cost of investigating the crime, cost associated with prosecution (transcription costs, cost of witness travel, etc.) and restitution to the city related to the crime,” Evans told Sebastian Daily.

The State and the Defense will present their evidence for sentencing, and both parties will make recommendations. Judge Linn will make a decision based upon the evidence and the arguments from the parties.

Gilliams, who owns the No Name Bar in Sebastian, has a sentencing date scheduled for June 21, 2021. However, the last-minute motions from Gilliams may delay things.

Sebastian citizens can send sentencing statements via email to Assistant State Attorney Lev Evans at levans@sao19.org. The states attorney’s office will file them. They ask for no anonymous letters/emails and no improper language.

Sebastian Daily will continue to keep you updated.