Barefoot Bay man arrested after threatening to attack his mother 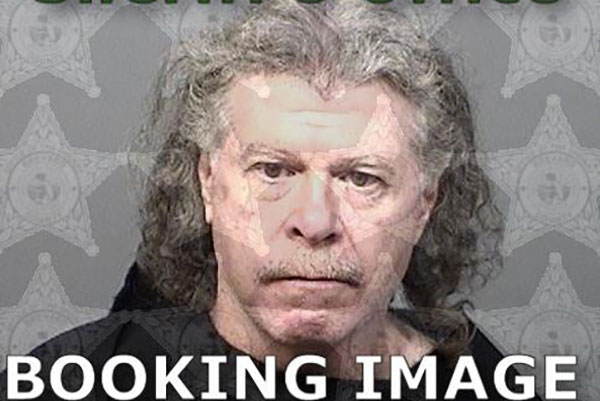 A 54-year-man was arrested Saturday after telling his mother that he was going to attack her, according to the Brevard County Sheriff’s Office.

Deputies responded to the 800 block of Vireo Drive in Barefoot Bay, where a woman said she was in a verbal argument with her son, and he threatened to “kick her a**,” according to the affidavit.

The mother told deputies that her son, Dana Len Rhyne, was acting angry for no apparent reason. The mother locked herself in her room and eventually left the room and called 911.

Rhyne, who was sitting on the couch when deputies arrived, told law enforcement to “get the fu** out” and “I don’t have to speak to you or do what you say,” the affidavit said.

When deputies asked Rhyne to step outside, he refused to stand up.

“I asked Mr. Rhyne to get off his sofa and speak to us about the incident multiple times, and he still chose to refuse,” the deputy said.

After asking Rhyne repeatedly to step outside, they grabbed him under the left arm and walked him outside of his home. Once outside, Rhyne pointed his finger in a deputy’s face and became irate, the report said.

“I don’t know, you figure it out, idiots,” Rhyne told the deputies.

Rhyne was charged with resisting arrest, simple assault intent threat to do violence, and transported to the Brevard County Jail. As of Wednesday morning, he is still being held on a $1,000 bond.