by Tina Hodges
Reading Time: 4 mins read
A A 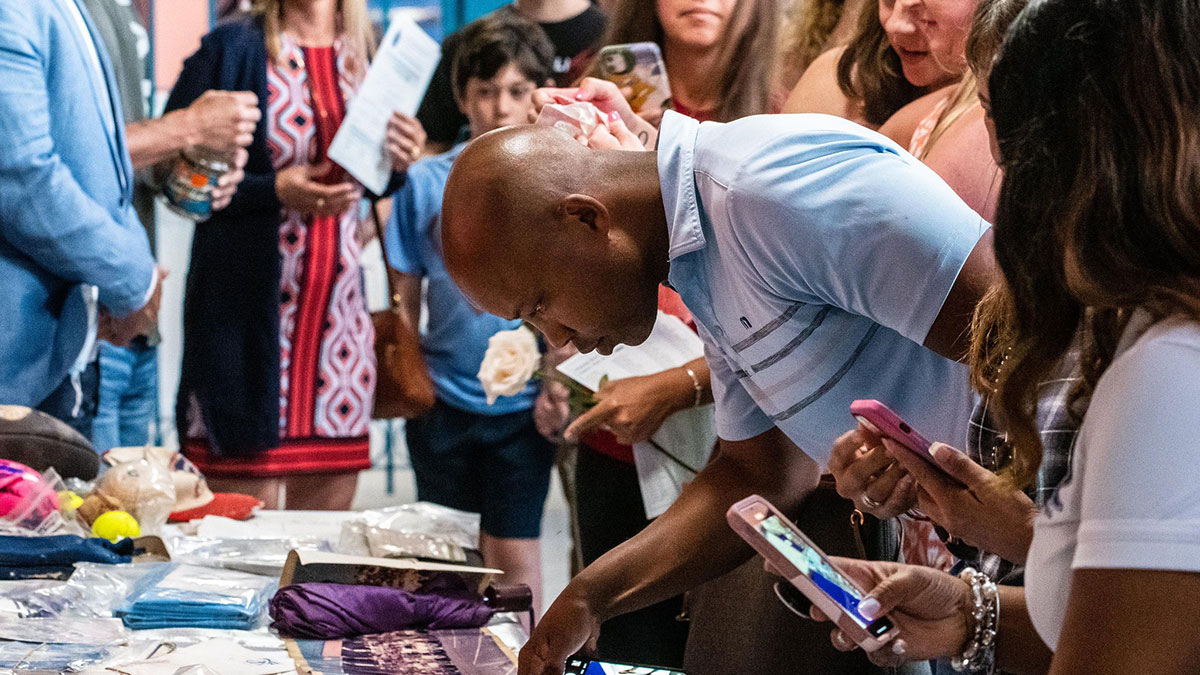 On Thursday night, the Sebastian River High School celebrated with Senior Night and the Class of ’96 Time Capsule Opening & Rededication Ceremony in the school’s courtyard.

During the Senior Night portion of the evening, the graduating Class of 2021 was honored for different academic achievements in various subjects. Some academies gave out the best girl and best boy awards, and Athletic Director Jessica Upchurch presented Athletic Achievement Awards.

Next, the school’s Founding Athletic Director, Michael Stutzke, spoke about the historical perspective of the time capsule and thanked everyone who helped make the event possible.

After opening up the time capsule, the contents were spread out onto tables. Then the graduating class of 96′ had an opportunity to go through the items and reminisce about their senior year

Did anything during the time capsule ceremony bring back memories? How was it seeing all of your former classmates?

I asked Class of 96′ Alumni Milo Thornton, Did anything during the time capsule ceremony bring back memories?

“Yes, I recalled standing there with my classmates when they placed our things into the capsule,” Thornton told Sebastian Daily.

“It was amazing to see my classmates. Many of them that couldn’t make it texted and called,” he added.

Sebastian River High opened in 1994. However, the first graduating class was not until 1996. Their senior class song was “One Sweet Day” by Mariah Carrey.