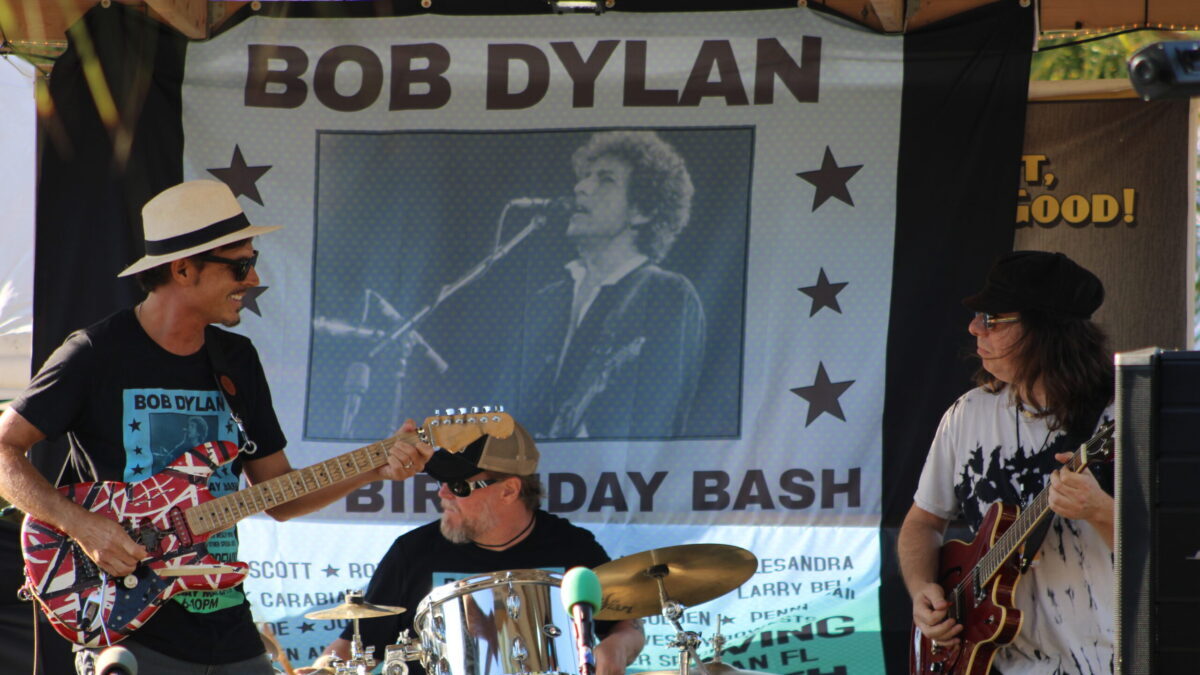 Hundreds showed up at the Pareidolia Brewing Company for a concert given by local musicians to celebrate Bob Dylan’s 80th birthday.

For many, it was the first concert they attended since the pandemic. Some residents even brought their dogs to the outdoor event.

The concert began with All Along The Watchtower, which Jimi Hendrix made famous. Dylan wrote the popular song. One of the last songs was Like a Rolling Stone.

While Pareidolia served a lot of food, they also had two local food trucks. One called Smoked on the Water, and the other was The SD Foodery. Both trucks served delicious food.

Across the street is the Sebastian Train Depot, where many went for ice cream as dessert. If you ever go to the Train Depot, we recommend The Train Wreck.

Pete Anderson, the owner of Pareidolia Brewing, was pleased with the turnout. Anderson donated $800 to the musicians from Stage Dive Red beer sales.

In addition, a guitar signed by Dylan was up for raffle, with proceeds also going to local musicians.

“The musicians split the proceeds along with the $800 donation from Stage Dive Red beer sales. All was to help them from COVID affect on income,” Anderson told Sebastian Daily.

Gilliams-Parris trial was about crimes, not politics or environment – Editorial