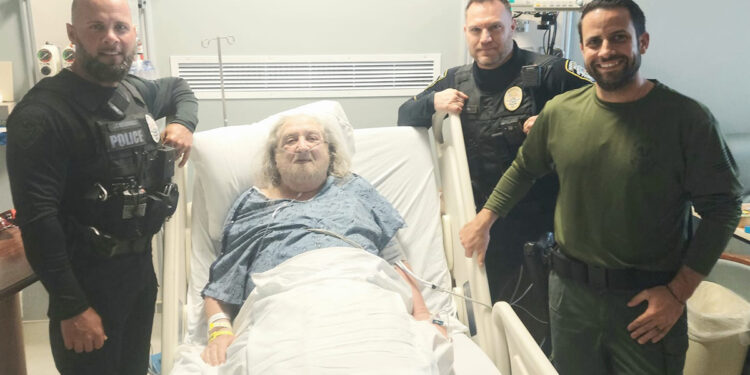 Three Sebastian police officers helped a man who collapsed during a Veteran’s Advisory Board meeting in the city council chambers.

On Monday, January 9th, at approximately 3:00 pm, officers were dispatched to City Hall in reference to a man who was unresponsive during the meeting.

“In a concerted effort, Corporal Mark Richard, Officer Frank Scianimanico, and Sergeant Pete Miller quickly arrived at this location and immediately initiated multiple rounds of CPR,” the police department said in a statement.

All three officers utilized an AED (Automated External Defibrillator) and restored the patient’s heart rhythm. Then, an ambulance transported him to the hospital, where he remained in the intensive care unit.

Police said the man has improved and will be released from the hospital within the next few days.

When speaking to the Emergency Room Physician, police were told of the seriousness of the incident. If not for the quick actions of the officers, the subject more than likely would not have survived.

“We are extremely proud of the actions of 911 Emergency Dispatcher Naiomi Charles, the City employees, Corporal Mark Richard, Officer Frank Scianimanico, and Sergeant Pete Miller, and would like to thank them for a job well done,” Sebastian police said in a statement.