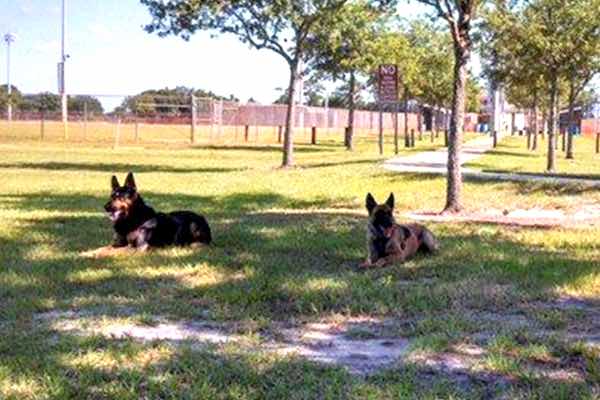 SEBASTIAN – A few months ago, a Sebastian K-9 was found dead in an officer’s hot car after he allegedly forgot while attending a court hearing.

Eric Michael Antosia, 41, would not speak to Sebastian Daily about the case because of the upcoming trial. He is charged with animal cruelty, a first-degree misdemeanor.

However, Antosia was very emotional and could barely continue any discussion regarding the death of his K-9. It was obvious that he is still going through a lot of pain over the loss of Diesel, his former K-9 partner.

Antosia had been a K-9 handler since 2001 and a veteran police officer for more than 20 years. Diesel was his second dog. He adopted his first K-9 after the animal was retired.

On April 28, Antosia went to a court proceeding and took Diesel with him. The dog was later found dead in the officer’s vehicle at his home in Melbourne.

“When he returned home, he forgot to remove his dog from the patrol vehicle. He shut the vehicle off and went inside his home,” the report said. “The vehicle’s windows were rolled up and since the vehicle was off, the air conditioner was also off.”

Melbourne officials say the K-9 was left in the vehicle for several hours.

Veterinarian Angela Cail determined the dog died from heat stroke, according to a police report.

Antosia’s attorney, Gregory Eisenmenger, motioned to dismiss the charges. Eisenmenger argued Antosia was using a police vehicle that was set up differently than his usual vehicle.

Vehicles carrying K-9s by Sebastian Police officers are equipped with an alarm system called “Hot-N-Pop” that lowers the windows, sounds the horn, flashes the lights and pages the officer when temperatures reach 90 degrees, according to court records.

“It is equipped with the same features as the four handlers’ regularly assigned vehicles,” Blackledge said.

However, Eisenmenger argued the vehicle Antosia usually drove did have the same alarm system, but it was not set to sound the alarm when the car was off and it did not alert Antosia to remove his dog when the ignition was turned off.

“The vehicle had been reset to factory default settings without any notice to Officer Antosia that the settings were different than his normally assigned vehicle,” the motion said.

But the motion for dismissal was denied, and a jury trial is set to begin Oct. 30 in Melbourne.

Blackledge said an internal affairs investigation into the Sebastian officer’s actions involving the K-9 would begin as is standard procedure.