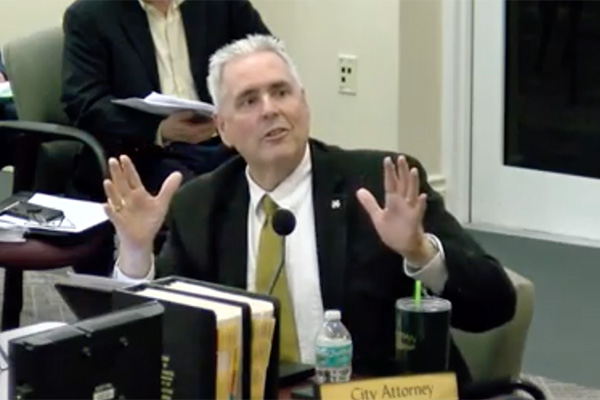 Mayor Ed Dodd asked the city attorney’s opinion if there was a Sunshine Law violation when council members Damien Gilliams and Pamela Parris attended a Natural Resources Board meeting.

“I saw councilman Gilliams expressing to the board, thoughts about city business. I did not see any other council member responding to that or getting up and commenting on what he was saying or anything, so that being the case, but again, just a lawyer’s opinion, I’m not the one that counts, it would be the state’s attorney to pursue anything,” City Attorney Jim Stokes said at Wednesday night’s City Council meeting.

Stokes went on to say that there’s no problem with multiple elected officials being at other board meetings or speaking.

“But as soon as more than one of them speaks and their speaking on the same topic and it starts to become a back & forth … then that’s when you slide into potential Sunshine issues. That’s not what I saw on the video of the Natural Resources Board,” Strokes said.

Again, Stokes emphasized that it’s only his legal opinion and that it would ultimately be up to the state’s attorney.

Some residents in Sebastian have either disagreed or mentioned other potential Sunshine Law violations.

One potential violation in public opinion has to do with Gilliams instructing Parris on how to vote for each issue during the City Council meetings.

Dodd criticized Gillliams for appearing at the Natural Resources Board and asking them to vote on something. Ultimately, the board declined Gilliams’ request.