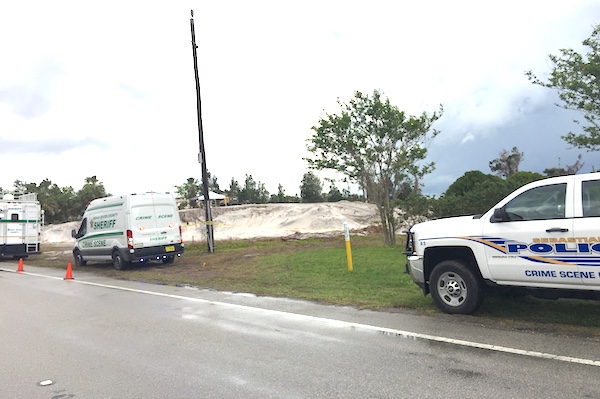 SEBASTIAN – The bones found Sunday along U.S. 1 near the Sebastian Cemetery have been identified as human remains, according to the medical examiner.

“It’s clear that that body has been there for some time,” Maj. Eric Flowers, spokesman for the Sheriff’s Office, told Sebastian Daily.

Flowers said some of the bone fragments recovered were that of a human skull.

Sebastian police say they have no information on the identity of the human bones found.

“We’re still in the process of uncovering them. And the weather isn’t cooperating,” Commander Dan Acosta, spokesman for the Sebastian Police Department, told Sebastian Daily.

The weather on Tuesday improved with only a few showers. There is no rain in the forecast for Wednesday or Thursday.

At the vacant lot, crime scene investigators continue to sift through the sand recovering bone fragments and other evidence in the case.

As previously reported, a man using a metal detector found the bones in the vacant field in Sebastian on Sunday evening.

Acosta said the man came across an item that made him dig into the sand where he found a bone.

Investigators will continue to search the lot for the next few days and will hand over the bones to the medical examiner, who will work to identify them.

Sebastian woman claims she was drugged at bar

Sebastian woman claims she was drugged at bar