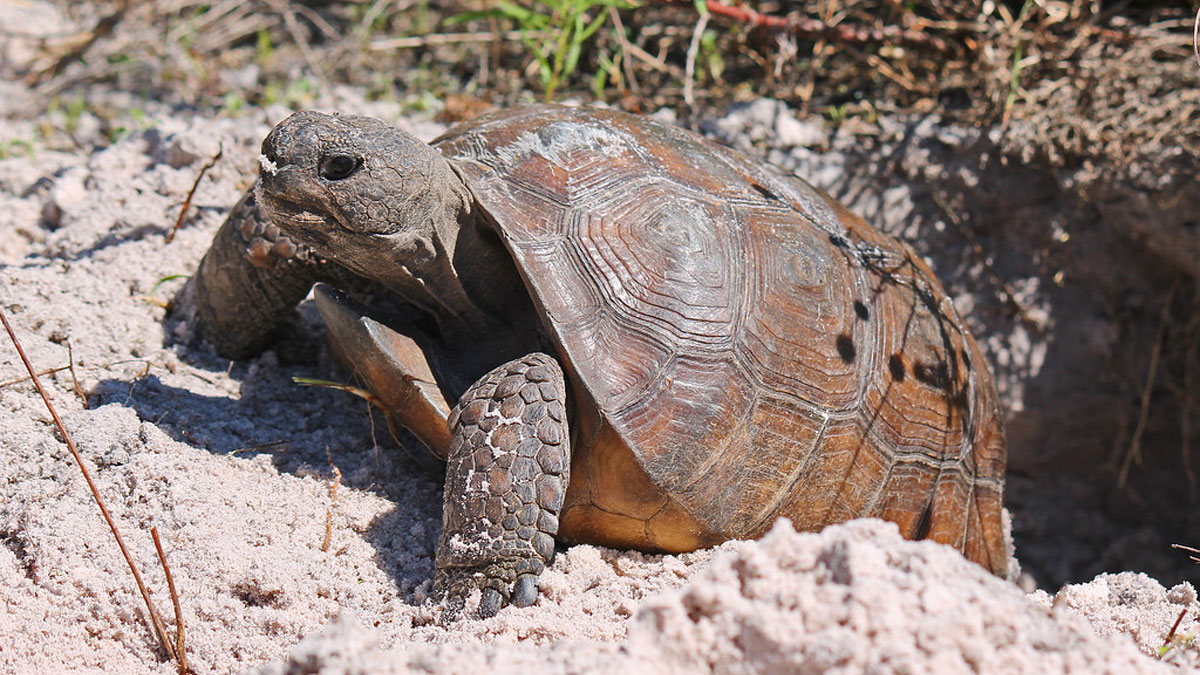 The speakers will be Outreach & Education Manager Lindsay Mayer and Volunteer Extraordinaire Barb Sloan. They will be bringing Bella the American Kestrel and Batman the gopher tortoise.

Bella is an education animal because she was raised by someone illegally that did not know what they were doing. Eventually, that person surrendered Bella to the Audubon Center for Birds of Prey, where they tried to socialize her with other kestrels and teach her bird skills.

However, sadly she was so severely imprinted, which means she identifies too much with people and not her species, so she could not be released. So, in 2009 she was transferred to FWH, where she now has a permanent home.

Batman came into the Florida Wildlife Hospital as a patient in 2020, and his front left arm was crushed. Their vet staff successfully amputated the leg. It healed well, but he can no longer dig a burrow, which they need for shelter in the wild. In his enclosure, he has an artificial burrow that FWH dug for him. He received the name Batman because there was a bat symbol pattern on the front of his shell when he first came to them.

Mash Monkeys Brewing Company will be donating $1 to FWH from every pint purchased during the evening. FWH will have a donation bucket out as well.

The Mission of the Florida Wildlife Hospital, located in Palm Shores, Florida, is to keep wildlife wild by providing quality, compassionate care.

Since 1973, they have rescued, rehabilitated, and released thousands of sick, injured, and orphaned native Florida animals in Brevard County.

For more information about the Florida Wildlife Hospital, visit their website, or call (321) 254-8843.