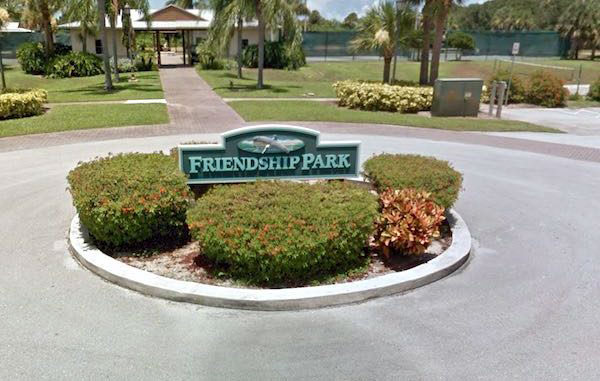 Friendship Park in Sebastian has officially been closed due to a fire ant infestation, that could have been avoided.

“Tonight we will discuss lifting the moronic pesticide ban in our parks, but I fear common sense will not prevail with this council,” City councilman Jim Hill told Sebastian Daily.

“They will likely insist that we not treat our parks, as we have for decades because it’s not safe. Total lies made up to scare the public. This will only continue to get worse, and our parks will continue to deteriorate before our eyes,” Hill added.

Some residents have already voiced their concerns about the infestation.

“That’s where my daughter’s soccer team practices; it is the only lighted field we have been allowed to practice and condition. We only have 4-5 more weeks of daylight savings and until our first game. Not sure what we will do now that we have nowhere to practice,” April Knittle Rizzotti said.

“My kids use this park for soccer practice as they will not allow us to use any other lighted park (barber street sports complex) in Sebastian, and we do not have lights to practice on our own field. These parks are all our kids have in this area,” Keira Warren Eidem said.

On November 25, 2019, the city council voted 4 to 1 to a temporarily ban using herbicides and pesticides.

“The council passed a ban on using herbicides & pesticides with no spraying on the wastewater system for one year, a 120-day hold on parks, and limit spraying within 10 feet of any body of water on the golf course,” Mayor Ed Dodd told Sebastian Daily.

“I regret to inform you that the Sebastian City Council has decided to stop maintaining our beautiful parks, except for mowing them. This will make the ball fields unusable very soon and fill the playgrounds with fire ants instead of children. There was no research or scientific data used to make this decision. I voted against this disaster but am alone up there and need help getting the word out,” Hill said during the meeting last November.

In 2013, the City of Sebastian reduced the use of herbicides by over 50 percent at the request of some residents. The measure has caused the overgrowth that is seen in our system today.

The previous city council tasked City Manager Paul Carlisle with looking for alternatives to using glyphosate in our waterways. However, they wanted to test the alternatives without a ban.

“There was never a discussion about a full-on ban of all pesticides. Just Roundup. All the pesticides we use are tested and approved by several organizations and deemed safe for use,” Hill said.

Hill also suggested that some of the council members are being pushed by groups outside Sebastian.

“This is all just scare tactics to move forward radical policies, and they are being pushed by groups outside Sebastian because they have control over certain council members,” Hill said.

On December 11, 2019, Carlisle provided a herbicide report that included a product called W.O.W., which has shown excellent results. Carlisle said that the product appears to be the best non-toxic alternative to Roundup.

Also, on December 31, 2019, Mayor Dodd scheduled some workshops for residents to discuss pest control management systems and presentations. The next one is scheduled for Thursday, January 23, 2020, at 1:30 p.m.

Dodd also spearheads the Sustainable Sebastian Initiative, which will launch on Earth Day 2020.

The next city council meeting is tonight, Wednesday, January 22, 2020, at 6:00 p.m. One of the topics being discussed is lifting the bans. The public is encouraged to attend the meeting and voice their concerns.

“This is the first of many parks that will be rendered unusable if these radical, leftist policies are allowed to continue,” Councilman Hill stated.

Bob Bedea Resigns from Sebastian’s Natural Resource Board Amid Controversy

Bob Bedea Resigns from Sebastian's Natural Resource Board Amid Controversy