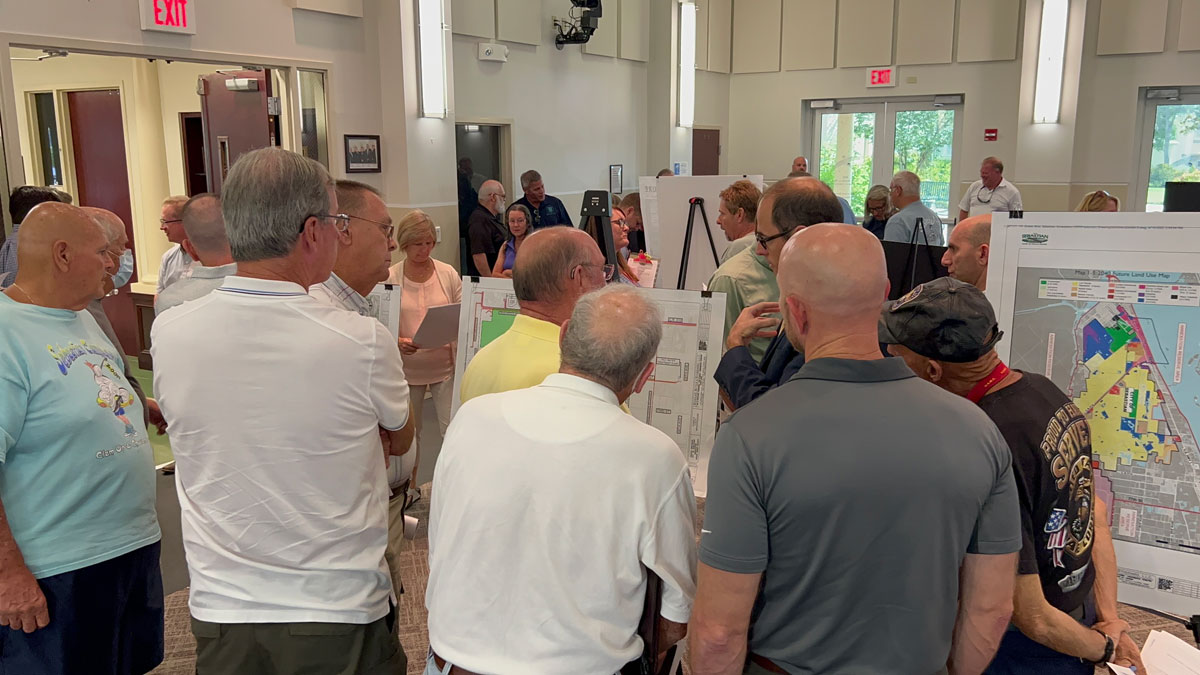 The first workshop was Thursday at 5:30 p.m., but many residents showed up 15 minutes early to gather information about the Sebastian annexation. A second workshop is scheduled for Thursday, June 30, 2022, at 11:30 a.m. inside the city chambers.

The City of Sebastian was well prepared for this workshop with maps on display and lots of information for citizens to read. They also had a lot of staff and council members on hand for questions.

Jeff Bass of Graves Brothers, the property owner, was also present to answer any public or county staff questions.

“We need to have the abilities to provide jobs for growth and families with affordable housing. Those are all the things we’re going to be looking at as the property comes in. None of that is planned out at this point,” City Manager Paul Carlisle told Sebastian Daily.

Carlisle said the landowner is willing to work with the city and help provide sustainability as the area grows, and it will take years before any homes are built.

Carlisle encouraged everyone to provide questions to the staff and said they would be addressed at the next workshop on June 30.

Lisa Frazier, Director of Community Development, said much of the information on display at the workshop was provided to the city by the applicant (landowner).

“What we’re presenting here is basically a summary of what annexation is about, when annexation has occurred in the past, the Florida Statutes for voluntary annexation,” Frazier told the workshop attendees.

Frazier said a voluntary annexation is when the property owner goes to them and asks to have their land incorporated into the city. The property owner has chosen to have a “mixed land use,” which means commercial and residential in layman’s terms.

“That’s all we have today for that property, just the land use. We do not have zoning, it will continue to be agriculture, we do not have a development plan, so we can’t tell anyone what future homes will be there or anything of that nature,” Fraizer said.

One couple who disagreed with the annexation said they saw it happen “down south” near Ft. Lauderdale. They claim promises were made and not delivered by their city or developer. Another person said they never “retired to this” and don’t think Sebastian should grow.

Some residents were skeptical about why there was “such a rush to annex,” questioning the landowner’s real motives.

But other residents at the workshop say growth is inevitable and prefer the city to control the development rather than the county. They also feel that we should be in a rush to annex and build since there’s a shortage of housing in the area.

The same people belonging to environmental groups that provided misinformation about the annexation in 2019 were also present during the workshop.

The Pelican Island Audubon Society and Friends of St. Sebastian, both are non-profits located outside of the city with offices provided by the county, still say the City of Sebastian should stay out of the annexation.

One environmentalist suggested that the city buy up all the property and turn it into a permanent wildlife sanctuary until someone asked, “how much money do you have?”

The landowner has a few options if the property does not annex into Sebastian. First, he could do nothing and allow the county to control and develop it, which would mean more outside residents using Sebastian’s roads, parks, and boat ramps without paying any tax to the city. Another option would be to allow Fellsmere to annex it since the property does sit at its border. Or, the landowner could create their own city, but residents there would still use Sebastian’s resources.

But ultimately, the landowner wants Sebastian to control it, as they have been annexing land into the city for nearly 100 years already. Most people in Sebastian live on land already annexed into the city.

Since the workshop, the city now has two meetings set up with county staff to discuss utilities and general issues.