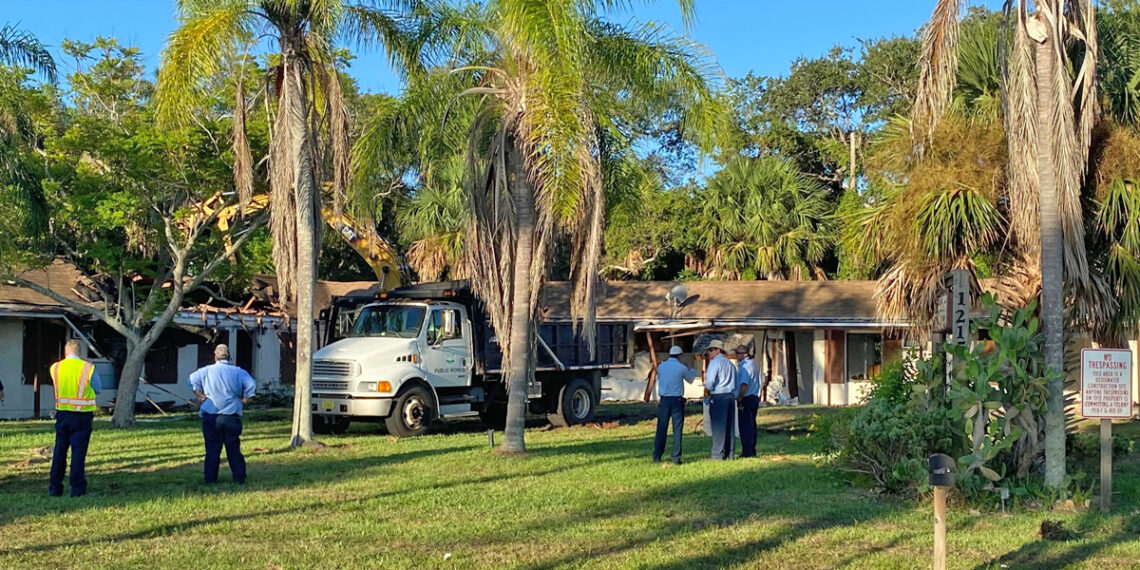 The City of Sebastian is finally tearing down the old Harbor Lights motel, a condemned building filled with asbestos. The city purchased it a few years ago to preserve the waterfront property east of Indian River Drive near the Main Street boat ramp.

The city tried to sell the property where the motel sits, but they didn’t receive any offers. So last year, the City Council voted to tear the building down.

City Manager Paul Carlisle told Sebastian Daily that all the asbestos had to be removed from the building. It was a lengthy process of getting permits and taking bids from contractors.

There was talk of restoring the condemned building, but that would mean bringing it up to code. It would mean raising the building to the proper code level, a structure already falling apart, and a project costing taxpayers millions of dollars.

The city purchased Harbor Lights in January 2018 for $750,000. Initially, the property was for sale at a price of $900,000. But after City Council members received an appraisal valued at $650,000, they were able to negotiate the price down to $750,000. The council then agreed unanimously to move ahead with the purchase.

The Harbor Lights Motel was built for overnight lodging and a filling station to service travelers along U.S. Highway 1 until 1957 when U.S. Highway 1 was moved one block west to its present location. The buildings have survived every hurricane that has struck Sebastian since 1949.

The landowner was former City Councilwoman Ruth Sullivan. The property has been in Sullivan’s family for years.

After the demolition is complete, the city will again try to sell the property where the motel sat. The parcel is just under 1 acre in size.